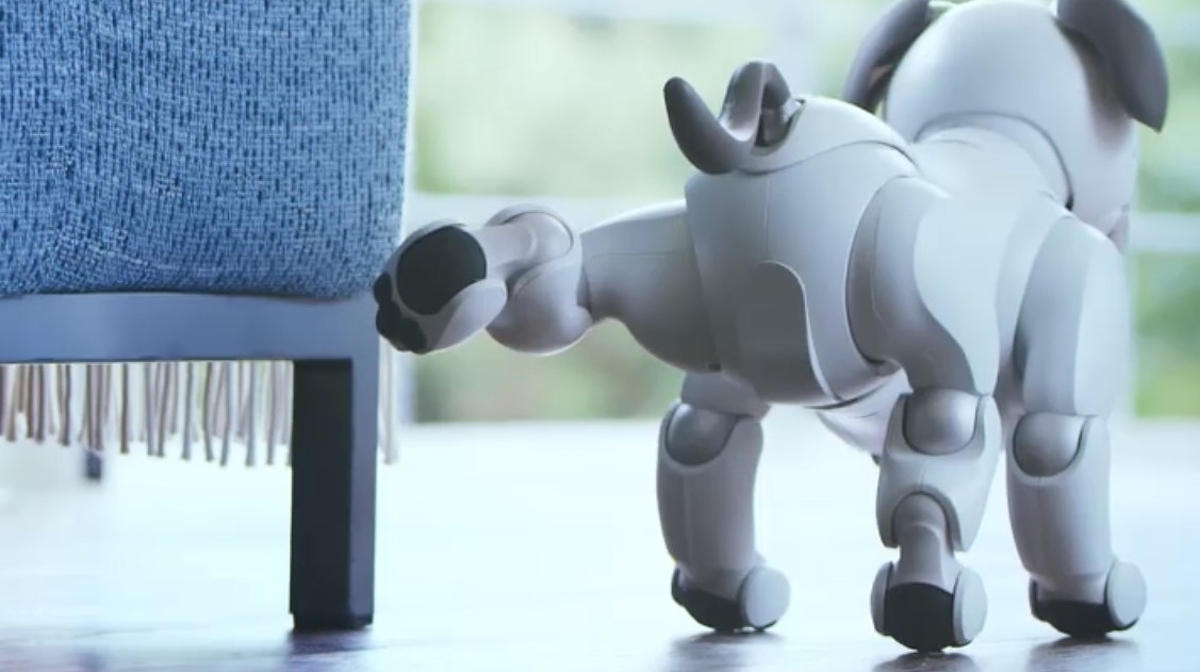 I popped into London’s Barbican Centre last week to see the new exhibition about artificial intelligence – AI: More than Human, it’s called. I considered myself peak target audience, not because I’ve read a couple of Isaac Asimov stories and not because I’ve seen Deus Ex: Machina, although that was a good film – Poe was great wasn’t he? It’s not because I’m a particular AI geek at all. It’s because of video games.

We hear about AI in the games world all the time. Every year, it seems like we’re being promised the most realistic villagers ever, or the cleverest footballing opponents, or the most aggressive baddies with guns. “They will learn and adapt to your style of play!” God, how many times have we heard that? So when I walked into the Barbican exhibition, I expected video games to be everywhere.

I did also play around in a room-sized game where you used your shadow to interact with giant Chinese letters falling from ceiling to floor, and in doing so triggered animations and music. “Gently interactive”, the lady on the door called it, and so it was – gentle and nice. I saw something which looked like a video game simulating character behaviour in real-time, too. But nothing else. No AI director from Left 4 Dead, no roaming alien from Alien: Isolation, which, it only just occurred to me, has the initials AI! No apparent nod – and I was looking thoroughly – to this huge entertainment medium that we enjoy and that is so often on the crest of technological advancement. The entertainment medium so preoccupied with AI.

Books and films got a nod. Philip K. Dick got a nod, Isaac Asimov got a nod, Star Wars and Frankenstein got nods. So why not games – not important enough? Misunderstood?

But it would be wrong to say games didn’t feature at all. A great deal of attention was given to the iconic man-versus-machine showdowns we’ve had in centuries-old games chess and go (the Chinese board game) over the years: the Garry Kasparov versus IBM Deep Blue computer chess match in 1997, and the Lee Sedol versus Google DeepMind AI go match in 2016.

Otherwise, gaming as we know it was absent (OK, I tell a lie, there was a tiny model Minecraft golem and I did see Kinect cameras sandwiched under an installation I wiggled my body in front of – at least someone’s getting some use out of them eh?) and it irked me. It’s as if all the thought behind AI in games hadn’t amounted to enough even to warrant a mention – decades of hard work snubbed. And in favour of what? A retro-hairdryer-pod you stand in to smell an extinct Hawaiian tree from the ’70s? Yeah, bad example, that was pretty cool.

I mean, I understand why a lot of the other stuff was there. Aibo the $3000 consumer robo-dog is bizarre – both in prospect and in the, erm, flesh? Casing? Have you ever seen one? It moves eerily realistically and those displays it has for eyes are disconcerting appealing. Then again, it does clunk around like The Terminator and it doesn’t have any snuggly fur, so cuddling it is a bit like hugging an Xbox 360, not that anyone’s ever done that, have I? Ha ha no way.

And I understand why the adrogynous robot with oversized rubber hands and semi-rubbered head was there. Actually, no I don’t – was it to freak us out? Because it sure made the hairs on the back of my neck stand up. It was chilling, standing face to face with that emotionless thing, hands writhing, face twitching, as if struggling to escape some robo nightmare (and inflict one upon me!). I’ve never felt more part of an Asimov story.

This was a lot creepier than it looks! #AI #Robot @BarbicanCentre pic.twitter.com/pJm3AuJcte

Auto-looked-after plants in pods: I get it. World War 2 Enigma machine: I get it – clunky old tech displays really well, doesn’t it? Much more eye-catching than today’s invisible AI, all squirrelled away inside lines of programming code. Yet it’s that kind of AI which is really important, the kind all around us – in our Alexas (sorry if you’re called Alexa, by the way, I don’t mean you!), in our phones, in our internet. Everywhere, AI hums away, powering a million processes we take for granted. There was even an AI comments-moderator displayed, something the New York Times is trialling. Now you’re talking my language!

I hadn’t realised, walking in, just how broad AI is. It’s not just about recreating humans, be it in video games or the real world – something our species has been preoccupied with for centuries, it turns out – but about using AI learning to solve problems as diverse as the global bee problem (with synthetic apiaries), or curing serious illnesses by replicating organ functions on chips, to aid in drug production. But it’s more than that, too. In studying the human mind so rigorously, we’ve learnt so much more about how it works. And as we attempt to recreate ourselves, we establish an understanding of what ‘self’ is. Who are we and how are we different to the things we’re making? Why do we matter, if we do?

I walked into the Barbican expecting to see what I knew, to be honest – to be vindicated, to feel smug. But I walked away with a much broader understanding of what AI is. Simply, it’s bigger than any one thing. It’s more an umbrella term to refer to the myriad ways computers now prop up our lives, like digital walking sticks. Is that evolution? Maybe if we really can solve the bee problem, it is. And who knows? Maybe if we put our minds together – these minds we seem so obsessed with recreating – we can do even more. And I’m not just talking about more realistic villagers for games. The foundations are there. It’s up to us to build on them.