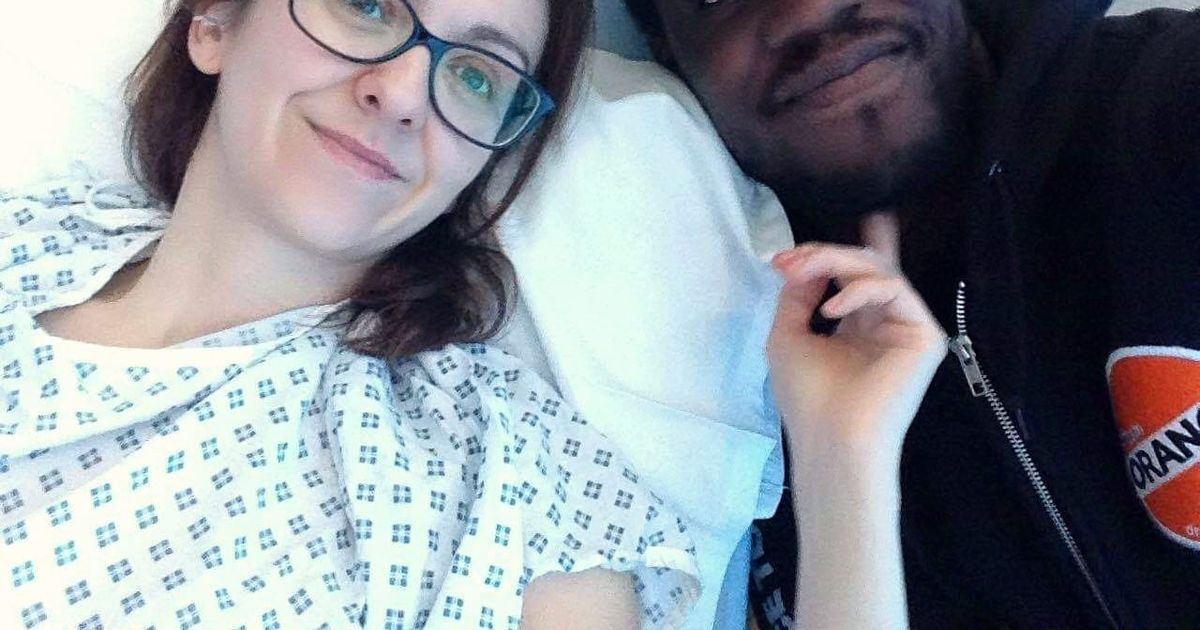 When she was 31, Emeline Wilson had both ovaries removed in an attempt to cure her endometriosis, a painful disorder which she’d battled since her twenties.

The procedure would usually lead to menopause along with all the ­symptoms – hot flushes, fatigue and migraines.

But a state-of-the-art operation, which hit the headlines this month for ­promising to help women delay ­menopause, cured her symptoms and, incredibly, restored her monthly cycle.

Emeline, a marketing manager who lives in Tamworth, Staffs, is one of only a handful of women to have undergone the operation, which could potentially halt her menopause for another 20 years.

“I was 21 when I started suffering with endometriosis,” says the 32-year-old. “I had long, painful periods and intense cramping. On a few occasions I was admitted to A&E after fainting with pain. But for a long time I was fobbed off, with doctors telling me it was all in my head.”

Endometriosis is a condition where tissue similar to the lining of the womb starts to grow in other parts of the body, such as the ovaries and fallopian tubes. It affects around one in 10 women and can cause infertility.

It was when Emeline was 28 and she and her husband Luke, now 30, started trying for a baby that she saw Yousri Afifi, chief medical officer at ProFam, the Protecting Fertility and Menopause clinic in Birmingham.

“We’d started trying for a baby when I was 26 but it wasn’t working. Even when I did fall pregnant, I would miscarry. I suffered three miscarriages early on when I was around nine or 10 weeks pregnant.

“I had an awful experience with one fertility specialist so I did my research and came across Mr Afifi online and asked to be referred to him.

“He performed several surgeries where he cut away some of the patches of ­endometriosis tissue. Incredibly, this worked and when I was 29 I fell pregnant with our daughter Luna, now two.

“What Mr Afifi did was life-changing for me. I’d never have been a mum otherwise. But a couple of months after giving birth, my symptoms returned and were worse than ever. I was in a lot of pain, with cysts growing on both ovaries.

“I knew at this point that I didn’t want any more children and thought I might need a hysterectomy. Mr Afifi said one of the options was to remove my ovaries as they were in a bad condition. I was concerned about this bringing on early menopause. I was only 31 at the time.

“Mr Afifi told me about a procedure where healthy tissue is taken from your ovaries and grafted on to the side of your pelvis. He said if it worked, my body would create exactly the same hormones as before and it would prevent the ­menopause starting.”

Emeline decided to go ahead with the NHS-funded procedure, which was carried out at Birmingham Women and Children’s Hospital in November last year. Her ovaries were removed and, after being sent to a laboratory, some of the healthy ovarian tissue was grafted on to the right side of her pelvis.

The procedure tricks the body into releasing hormones which delay the menopause. The operation hit the ­headlines earlier this month with the idea that young women could choose to have their ovarian tissue frozen and transplanted back years later, reversing the menopause and helping to preserve their fertility. “I was a little nervous at first,” Emeline says. “It’s quite a new surgery. But I had faith in Mr Afifi. I felt I had nothing to lose.

READ  The Guardian view on Boris Johnson and the NHS: a problem of trust | Editorial

“It was quite a lengthy procedure. Some of my organs were fused together because of the endometriosis and that had to be fixed too, so I was on the ­operating table for six hours.”

But just 24 hours later, Emeline was allowed home. “I was out of the hospital the very next day,” she says. “I had no side effects. I was completely fine. For about three days I was taking it slow, but I felt well and returned to work after a month.”

As her ovaries had been removed, Emeline began to experience all the ­symptoms of an early menopause as the graft needs around three months to take effect. “I was suffering everything you would expect,” she says. “Hot flushes, migraines, fatigue. It was quite a hard time. I had a two-year-old to look after and yet my body felt like it belonged to someone in their 50s.

“But after about three months the symptoms vanished. I was perfectly fine, as if nothing ever happened.

“Even more surprising than that, I started bleeding again. I now have periods as normal every month. It’s not painful as it was when I had the endometriosis. I can’t have any more children but I knew that would be the deal. It’s the best operation I’ve ever had.”

Mr Afifi said that many women with endometriosis have to have their ovaries and uterus removed, leaving them infertile and battling early menopause.

“This operation is something quite unique,” he says. “It is an incredible way of improving quality of life for a large number of women for a long period of their lives.

“Of course, some people will be against it. Some women may not want to delay the menopause but the majority welcome such intervention. The point is, it’s up to each woman. There is a choice and it’s a choice that didn’t exist until now. There are women like Emeline who are having this ­procedure for clinical reasons.

“Then there is another group who can choose to have some ovarian tissue taken out and this has no impact on their fertility or on the age at which they’d go through the menopause. If they then choose at a later date, this tissue can be used to extend their hormonal status.

“By delaying the menopause in any of these women, you reduce the risk of complications caused by the menopause – such as cardiovascular disease, mental health or ­osteoporosis.”

Emeline expects that she will now go through the menopause as most women do, at around the age of 50.

“It’s hard to know what will happen as this is such a new procedure,” she says.

“But my understanding is that it will be pretty normal and I’ll experience the menopause later in life like any other healthy woman would do.

“I can genuinely say Mr Afifi saved my life, the pain was horrendous and I was tired of fighting it. Thanks to this surgery I have a normal life as a healthy and happy mum.”