A DAD has joked that he transformed his kids’ room so that they will stay in it instead of sleeping in the room he shares with his wife.

TikTok user @themajorkeyes said that he is desperate for alone time so he can make “baby number three”.

He uploaded a video showing the adorable pink-themed bedroom he made for his two daughters.

The room features bunk beds with a playroom under the top bunk, and a smaller bed for his youngest.

The beds have heart-shaped pillows and fairy lights around them.

The cheeky dad wrote: “When you trying get your bedroom back as a parent… 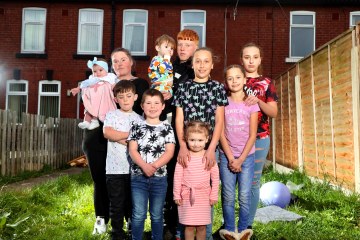 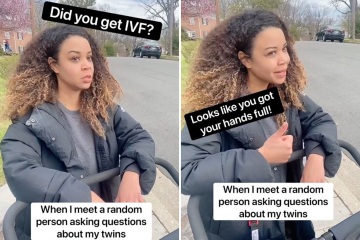 “So you make the cutest room for your girls to sleep in!!

“Only so you can work on baby number 3.”

He added in the caption: “Parent life be like.”

The video has racked up over two million views, and many people found the clip hilarious.

One said: “Wow looks amazing! if this doesn’t get your bedroom back nothing will.”

Another joked: “And then it doesnt work… at least for us it didnt.”

A third said: “Eh. Cute babies are made on couches, on counter tops, on floors and in showers. Just sayin’.”