NewsGroove Uk
NewsGroove Uk > Parenting > I carried on smoking during my pregnancy, I puffed on 15 cigarettes a day – strangers judge me but it didn’t bother me
Parenting 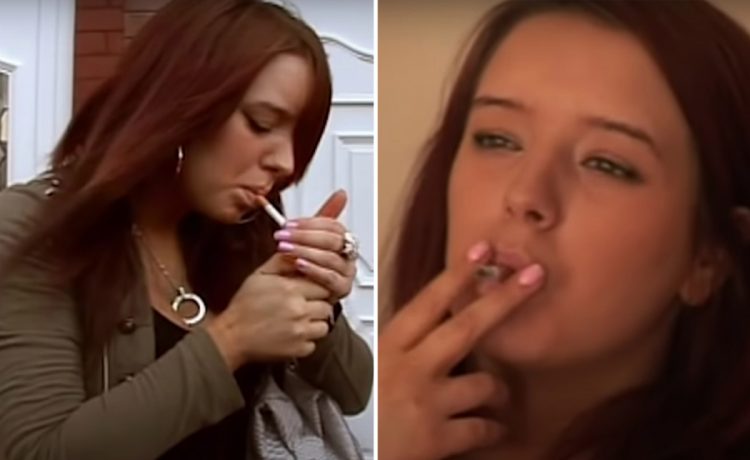 A MUM has revealed how she continued to smoke throughout most of her pregnancy, puffing on 15 cigarettes a day.

Amy, now 33, from Manchester, was 23 when she became pregnant with her daughter.

But despite wanting the best start in life for her little girl, the mum struggled to kick the habit of a lifetime.

Amy appeared on the documentary Misbehaving Mums to Be, with the show recently resurfacing on YouTube, where she admitted she couldn’t see anything wrong with smoking during pregnancy.

Speaking on the programme, Amy said: “When I saw my scan, and saw the baby moving, really energetic, I just thought it’s not doing no damage to the baby

“I just carried on as normal really every day, cigarette after cigarette.

“I just love my morning cigarette, I can’t imagine going through my morning without a cig.

“What I feel like at the minute is that you’d have to put me in a straight jacket and lock me away.

“There’ve been a few comments off people. I just think ‘what’s it got to do with you.’”

Amy is surrounded by dedicated smokers, with her mum, dad and brother all addicted to the bad habit.

And Amy’s partner and father of her baby Andy is also puffing on a pack of 20 a day.

But mum Jenny isn’t desperate for her daughter to quit, admitting to smoking throughout all of her pregnancies.

She tells her daughter: “Stop stressing, the stress will do more damage than a cigarette.”

Risks of smoking while pregnant

Smoking pumps toxic chemicals from the mum into her unborn baby’s bloodstream.

“Carbon monoxide is just one of them and it robs the baby’s blood of oxygen. The baby’s heart races with every puff the mum takes.

“As the pregnancy goes on, lack of oxygen restricts growth and development.

In the first year they are more likely to develop bronchitis or pneumonia.
Later on, there’s a higher chance of asthma.”

Midwife Lisa Fendall is determined to get Amy off the fags by reminding her of the potential damage she is causing her unborn baby.

Amy breaks down in tears as she learns the risk she is putting her baby at.

The mum has a high reading of carbon monoxide levels which puts her at four times a greater risk of delivering prematurely.

But following her appointment, Amy is quick to take a fag break to calm her nerves.

Three weeks later, Amy learns that she is expecting a little girl, and the news spurs her on to take action.

She starts a course of nicotine replacement therapy, and eight weeks later she is still smoke free and has significantly reduced her carbon monoxide levels.

She says: “I’m just so happy I can’t even describe it – I just know she’s going to have the best start to life and that’s what I want for her, that’s all I care about.”

Amy went on to have a healthy baby girl named Ava, and while she started smoking again she has cut back on the number of cigarettes she has a day.

I get skinny-shamed as a mum by women… what if I judged someone with rolls of fat?