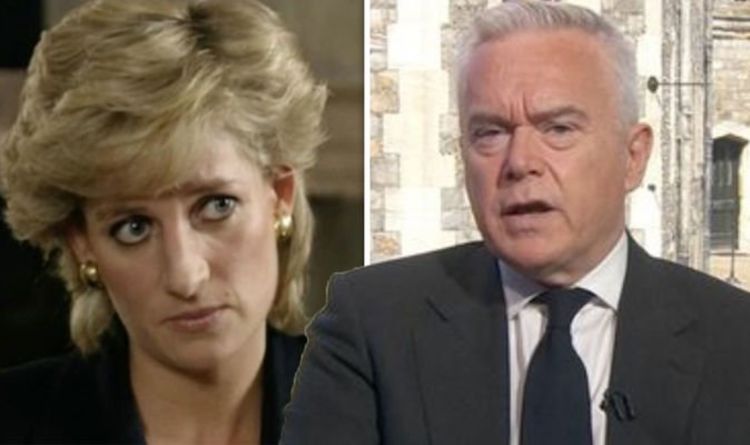 BBC News presenter Huw Edwards, 59, has been forced to take down his earlier tweet about the backlash aimed at his team over the ways Martin Bashir arranged his interview with the late Princess Diana in 1995. The journalist took to Twitter today in a now-deleted post to explain that although he feels “sickened” after a report concluded that Bashir had acted inappropriately and seriously breached BBC guidelines to obtain his interview, he felt today’s BBC News team had been unfairly “lectured” over the situation.

The BBC News at Ten host shared his team had been “lectured on probity and trust” by some of the media.

He had penned: “There is no excuse or justification for what happened in 1995.

“We are all sickened by it and the subsequent handling of it.

“For today’s @BBCNews team — 25 years on — to be lectured on probity and trust by certain parts of the media is somewhat vexing. #DysonReport @BBCNewsPR.”

A fourth agreed: “Iv had quite enough of anyone blaming the BBC for everything. Enough. Mr Bashir isn’t the BBC, he made the error end of. Move on.”(sic)

It comes after the famous interview, during which Princess Diana discussed her marriage with Prince Charles, was investigated by Lord Dyson, the former master of the rolls and head of civil justice.

The investigation was launched after Diana’s brother, Earl Spencer, alleged Bashir showed him fake financial documents relating to his sister’s former private secretary Patrick Jephson, alongside another former royal household member, and told untrue stories about the royal family in order to set up the interview with the princess.

Bashir commissioned fake bank statements and used “deceitful behaviour” in a “serious breach” of the BBC’s guidelines, the report concluded.

Lord Dyson said in the report: “I have also concluded that, without justification, the BBC covered up in its press logs such facts as it had been able to establish about how Mr Bashir secured the interview and failed to mention the issue at all on any news programme and thereby fell short of the high standards of integrity and transparency which are its hallmark.”

In a statement, Bashir said: “This is the second time that I have willingly fully co-operated with an investigation into events more than 25 years ago. I apologised then, and I do so again now, over the fact that I asked for bank statements to be mocked up.

“It was a stupid thing to do and was an action I deeply regret. But I absolutely stand by the evidence I gave a quarter of a century ago, and again more recently.

“I also reiterate that the bank statements had no bearing whatsoever on the personal choice by Princess Diana to take part in the interview. Evidence handed to the inquiry in her own handwriting (and published alongside the report today) unequivocally confirms this, and other compelling evidence presented to Lord Dyson reinforces it.

“In fact, despite his other findings, Lord Dyson himself in any event accepts that the princess would probably have agreed to be interviewed without what he describes as my ‘intervention’.

“It is saddening that this single issue has been allowed to overshadow the princess’ brave decision to tell her story, to courageously talk through the difficulties she faced, and, to help address the silence and stigma that surrounded mental health issues all those years ago. She led the way in addressing so many of these issues and that’s why I will always remain immensely proud of that interview.”