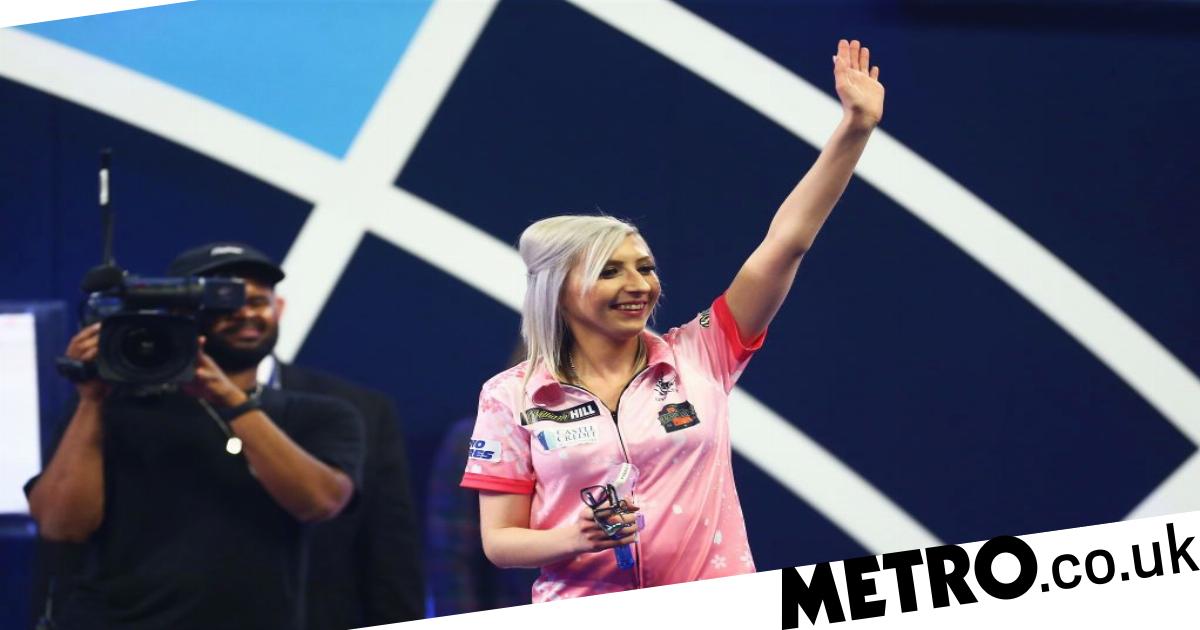 Fallon Sherrock has pulled out of the 2020 BDO World Championship, which starts on Saturday, in a huge blow to the struggling organisation.

The British Darts Organisation informed players on Monday that prize money at the upcoming World Championship would be ‘reduced somewhat’ with reports suggesting that the overall prize fund would be £150,000, down from £329,000 in 2019.

Chairman Des Jacklin sent a letter to qualified players informing them of the news and asking them to still compete for the sake of the audiences, their sponsors and for professional pride.

Sherrock has turned down the chance to play at London’s O2, where the top prize for the women would be £8,000, having just pocketed £25,000 for her third round run at the PDC World Darts Championship.

The decision was confirmed through her management company MODUS, with a statement which read: ‘Fallon Sherrock has decided not to take part in the BDO Women’s World Championship next week.

‘The decision took many factors into consideration, including unexpected changes to the event made yesterday.

‘Fallon offers best wishes to the BDO and the best of luck to those taking part.

‘In the meantime Fallon is looking forward to doing her best in the other tournaments in 2020.’

Sherrock had already confirmed her plans to take on the PDC’s Q School, and if that fails, to play on the Challenge Tour.

Now she will not be taking part in the BDO World Championship it appears her involvement with the organisation could be at an end, although she hasn’t confirmed this.

The BDO stated that just 15% of tickets have been sold for the upcoming World Championship and losing one of their star names will certainly not help that situation.

Sherrock was due to take on Corrine Hammond in the first round of the event on Saturday and it is not yet clear who will get her spot, with former semi-finalist Vicky Pruim a possibility.

‘I am writing to you on behalf of the BDO Directors in order to convey some information that is extremely difficult for me to write and that will be undoubtedly disappointing for you to read.

‘It concerns the level of prize monies for thie year’s World Professional Championships which we are, with great reluctance, having to reduce somewhat whilst still retaining a very lucrative incentive.

‘The reasons for taking this decision is based purely on finance and the observance of our roles as BDO Directors to act in the best interests of the company which, as you will hopefully understand, has demanded consideration of the following:

‘c) The TV contract income has been largely decimated by TV production costs and by payment of previous debts as incurred before the current directors were elected into office.

‘Given the current financial position of the BDO we as directors would have been failing in our fiduciary duty had we ignored these elements and pledged as prize money the funds we do not have, nor are guaranteed to receive.’

MORE: Fallon Sherrock reacts to new-found riches of the PDC World Darts Championship: ‘I play BDO, we don’t get this much money’