The 2020 Grammys is right around the corner, and E! News is your one-stop shop for exclusive celebrity scoop, behind-the-scenes details and a real-time breakdown of the red carpet. But let’s start with the basics, shall we?

Who is hosting the Grammys?

For the second year in a row, Alicia Keys is your hostess with the mostest. And after last year’s epic dueling pianos moment, expect Alicia to level up even more.

When are the Grammys and what time do they start?

Starting at 4:00 p.m. EST / 1:00 p.m. PST, E! hosts, experts and special guests will get the party started with E! Countdown to the Red Carpet: The 2020 Grammys. Then directly after 6:00 p.m. EST / 3:00 p.m. PST, hosts Ryan Seacrest and Giuliana Rancic will bring the red carpet straight to you with exclusive celebrity interviews and more during E! Live From the Red Carpet.

Where are the Grammys held?

The Staples Center in Los Angeles is home to this year’s Grammy Awards.

How do you watch the Grammys?

There are so many ways to watch the Grammys! Cable subscribers can catch it on CBS, and those subscribed to CBS All Access can stream it via their mobile app or device apps like PlayStation Vue, Xbox One, YouTube TV, Apple TV, Amazon Fire and Roku.

Who are the Grammys nominees?

With a whopping 84 categories, there’s a lot to keep up with in terms of nominees. To keep things short and sweet, though, Lizzo dominates the leader board with eight nominations, followed by Lil Nas X and Billie Eilish with six. Other notable nominees include Ariana Grande, Taylor Swiftand Lana Del Rey. Check out the complete list of Grammys nominations here.

Who is performing at the Grammys?

Who is going to win at the Grammys?

We have our predictions, but you’ll have to tune in on Sunday to see the ceremony unfold in real time. Aerosmith will be honored as the 2020 MusiCares Person of the Year at the Grammys’ MusiCares Gala two days before the show, and Sean “Diddy” Combs is set to accept the 2020 Grammy Salute To Industry Icons honor at Clive Davis‘ annual Pre-Grammy Gala on Saturday, Jan. 25.

Anything else we should be on the lookout for?

With #GrammysSoMale at the forefront of past ceremonies, the Recording Academy formed a task force to address diversity and inclusion at the Grammys—which included naming its first female president and CEO of the organization. Controversy struck once again, however, when Deborah Dugan was suspended from her role over misconduct allegations. It’s still unclear how the staffing hiccup, which was announced just 10 days before the Grammys, will impact the telecast. 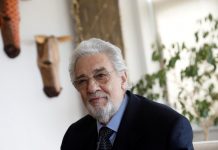 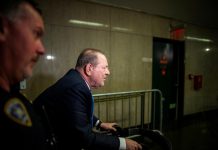