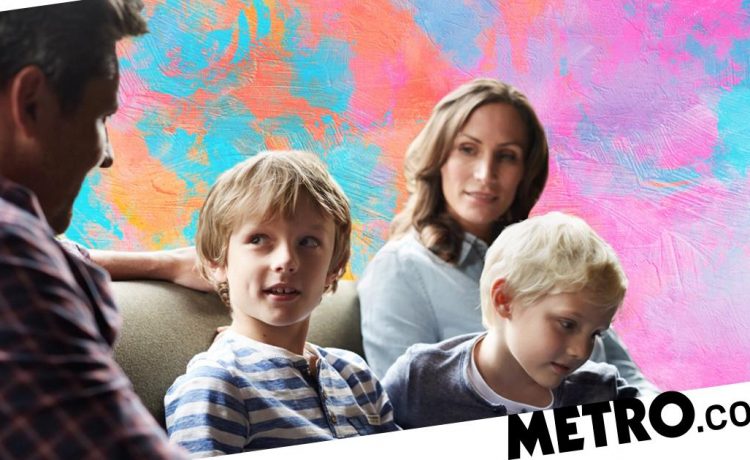 The decision to end a marriage and get a divorce is an immense one, that only becomes more challenging when you share children with a partner.

There’s a lot of pressure to ‘stay together for the kids’ or ‘make things work’, as though accepting that a relationship isn’t right is some sort of personal failing (it is not).

If parents do manage to overcome the stigma and separate, they then face another obstacle: telling their children what’s happening.

How do you broach that tricky subject? And how do you ensure that your divorce won’t doom your family to a life of misery?

We spoke to experts for their advice, following reports that Kim Kardashian and Kanye West are splitting.

Take the time needed to decide on divorce

Divorce is a huge decision that absolutely should not be rushed into.

‘Divorce should only be undertaken after lengthy debate and discussions, preferably when emotions are not running high,’ Dr Becky Spelman, psychologist at the Private Therapy Clinic, tells Metro.co.uk.

That means that divorce can’t be an impulse decision based on one wrongdoing.

Before you even think about telling your children that you plan to get divorced, make entirely sure that this is the right decision for you.

‘People are often unsure about whether divorce is the right thing for them or if they are ready for it,’ says relationship counsellor Mig Bennett. I encourage taking time.

‘It isn’t a decision that needs to be made at a particular moment, even if family or friends are pressing for an outcome.

‘This hurried reaction doesn’t give time to start a process of evaluation and is why individuals often aren’t emotionally ready for the turmoil of divorce and thus end up in acrimonious situations.

‘I’m not saying don’t divorce, more take time to really consider it, ideally with professional help with the separation process. This should involve looking at the following:

‘The big question is which will have the biggest negative impact on the children: divorce or an unhappy marriage,’ says Dr Spelman.

It’s simply not the case that having divorced parents will doom children to a life of unhappiness, or that it’s better for parents to stay together no matter how unhappy and unpleasant their marriage has become.

Remind yourself that this is the right decision for your family, and that forcing yourselves to stay together causes its own damage.

‘[If a relationship] is giving an unstable, tense and even acrimonious home for the children, separation can be a better option,’ says Mig. ‘Children learn how to be partners and parents from the model under which they are raised.

‘A negative model takes issues through to the next generation and that daughter will likely speak to her partner with the same withering condescension twenty years on.’

Lucy Shrimpton, parenting expert and founder of The Sleep Nanny adds: ‘Parents often stay together for the kids because they want to create that whole family unit for their children but ultimately, long term, if the parents aren’t happy then the children won’t be either.

‘If the parents aren’t happy, they’ll basically be acting and no matter how much of a front they put on, children see through that; they can sense things.’

News of a divorce shouldn’t come from just one parent – both should be present and involved in the conversation.

‘Whatever age the child, both parents sitting down to explain calmly what is happening in an appropriate manner is of paramount importance,’ says Dr Spelman.

‘Emphasise that both parents love the child very much and make sure that they understand that none of this is their fault.’

Consider talking to a therapist

It can be helpful to bring in a professional to mediate the situation and ensure that everyone feels heard and understood.

‘Preparation is key to telling the children and is often usefully done with a therapist,’ says Mig. ‘The couple need to go through exactly what is to be said and how, and to agree how certain elements, such as infidelity, will be tackled. This preparation process is a key part of separation work.’

The therapist doesn’t necessarily need to be there for the actual conversation, but they can help you prepare.

‘I always run through questions that might arise from, “Where will the cats live?” ( this one often floors parents when it’s the first thing out of their child’s mouth) to “Has one of you met someone else”,’ says Mig.

Criticising your former partner isn’t just harmful to your ongoing relationship (which is important because yes, even if the marriage is over, you will likely still have to be in each others’ lives), but to your child.

‘It’s always tempting to bad mouth the other parent and even to seek support from the child depending on their age,’ says Becky. ‘Rememeber that you, as their parent, are their key role model, and this could very well affect all their future relationships, so act in a sensitive and mature manner around them at all times.’

Emma Lawler, a partner in family law at Langleys, tells us: ‘Blaming each other, regardless of the reasons for the split should be avoided. Criticising the other parent can often impact on your child’s own sense of self and identity.’

It’s not fair to try to cast your partner as the ‘bad guy’ or to reel off all their issues. Remember that along with being your ex, this person is your child’s parent; and it’s vital your child is able to see them just as they did before.

You don’t need to get into the reasons for divorce

It’s best not to delve deep into all the reasons a marriage didn’t work when chatting with your children, if only to avoid falling into the blame trap mentioned above.

Lucy says: ‘Remember, they are the children – they don’t need to know all the in’s and outs of the break up or the reasons; that’s between the parents.

Dr Spelman recommends simply explaining that this is a joint decision, ‘without giving any specific reason beside explaining that you will be happier and nicer to each other when you are apart’.

Yes, you do need to have a conversation about divorce. This isn’t something you can just skim over because it’s hard.

‘It’s difficult for any parents to talk about divorce with their children but it is vital that they do so,’ says Emma. ‘Research shows that children want to know what’s happening and often know much more than parents give them credit for.’

Iron out the practical side of divorce

Your children will likely have a lot of questions about how your divorce will affect their everyday life, from where they will live to what happens at Christmas.

Be prepared for these questions and have the answers already sorted and agreed with your ex-partner.

‘It’s best to be as honest as you can be about the logistics of what will happen,’ says Mig. ‘If you don’t know, tell them that.

‘Ideally, all children feel more secure with knowing about their physical and emotional security; the roof over their head, the school and when they will see Daddy, so as much as possible, have this planned in advance.’

Remind your children that they are loved

Above all else, this conversation must leave the child knowing they are loved, you care for them, and your divorce is in no way their fault.

Focus on making your children feel secure and safe, even when their family structure is changing.

‘The key message needs to be that they are still loved, they were not at fault and that the parents can manage the situation,’ says Mig.

Monitor your children for any emotional distress

‘Any change in behaviour that worries you should not be left to go unnoticed,’ Mig tells us. ‘This may require talking to teachers and advising them of the situation.

‘This will be age appropriate and may range from developmental regression such as bed wetting, to aggressive outbursts or withdrawing from normal socialising.’

It’s important to check in with your children regularly and encourage them to talk about how they are feeling.

Lucy says: ‘Parents need to look out for fear and anxiety and a loss in a sense of security. If the stability of two parents is everything they’ve known then that loss needs to be handled very sensitively.

‘It can lead to a real sense of insecurity which could lead to trouble sleeping or expressing themselves.’

Bear in mind that this isn’t a one-and-done chat. Your children will have questions later on and may continue to need communication.

Mig recommends ‘ensuring time to have access to each parent for more questions, some light relief such as a normal event (dance class or swimming)’.

Lucy adds: ‘Being fully present when you’re with them is key; you don’t need to extract how they’re feeling from them all the time but just ensure you’re focusing on them while you’re with them so they feel comfortable enough to talk about things that are worrying them.

‘Younger ones will need more company, play and attention and won’t be hugely aware of it. Beyond the age of five, you’ll need to be ready to answer some questions so be prepared to without giving away too much grownup information that they don’t need.’


MORE : I had an arranged marriage, and have grown to love my husband


MORE : How to teach your children (especially your sons) about feminism

READ  Mum makes McDonald’s Happy Meals for autistic sons during isolation – and says Iceland’s chicken nuggets are spot on
Share on FacebookShare on TwitterShare on PinterestShare on Reddit
newsgrooveJanuary 6, 2021 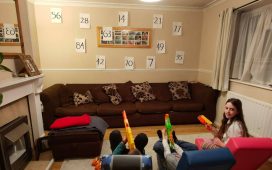 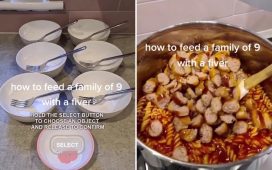 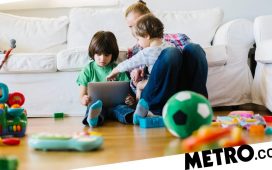 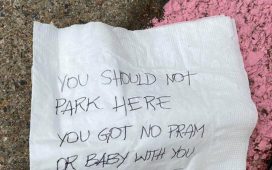 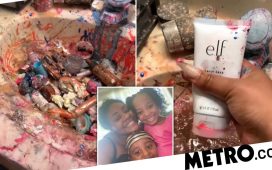 Have you seen the price of sperm? It's time to democratise fertility treatment | Arwa Mahdawi 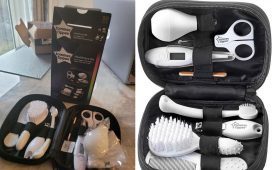