How to stop baby hiccups


If you have a newborn, it’s likely that you’re extremely attuned to every single sound they make – awake or asleep.

Every gurgle and cough is either exciting or worrying, with hiccups being one of those falls somewhere in the middle.

One one hand, it’s adorable. On the other, you might be scared that it means something is wrong, or that your baby will become distressed by the involuntary contractions.

Since you definitely can’t give your baby a fright to make the hiccups go away, you’ll have to find a gentler way to do so,

What causes baby hiccups and what do they mean?

Baby hiccups – just like those that we experienced – are contractions of the diaphragm.

It normally starts when the diaphragm is irritated in some way, making it jerk downwards, and force you to bring air into your throat.

One study found that, in babies, this was caused by excess air getting into the stomach during feeding, although the exact purpose of them is unknown.

Anecdotally, you might notice that your baby gets hiccups when they’ve been overfed, eaten too quickly, or swallowed some air accidentally.

Hiccups in newborns are rarely anything to worry about. However, if they do happen regularly, and your baby seems distressed, it could be a sign of an underlying health problem.

How to stop baby hiccups

Prevention is generally better than cure, so here are ways to stop hiccups happening before they start:

If they’ve already started, the best thing you can do is keep your baby as happy as possible; rocking them gently and perhaps giving them a soothing rub on the back.

Eventually, they should go away themselves.

If you find that your baby is hiccuping for hours on end, seems very distressed, or get hiccups frequently, have a chat with your midwife, health visitor, or GP.

MORE: French bulldog puppy has nose job to save her life

MORE: Campaign to let people leave work if it’s too hot is launched 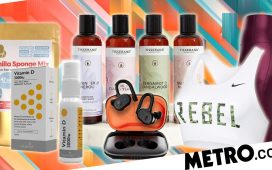 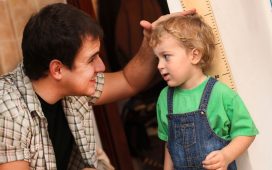 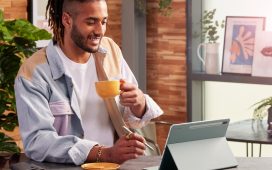