NewsGroove Uk
NewsGroove Uk > Lifestyle > How to let go of a friendship that’s over, according to experts
Lifestyle

How to let go of a friendship that’s over, according to experts 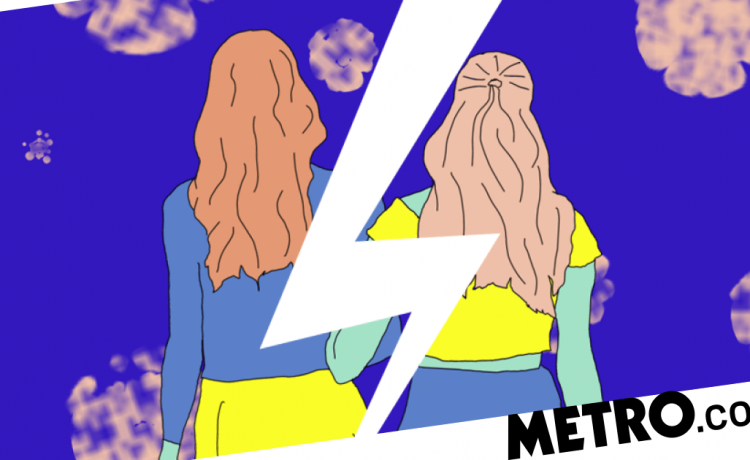 Today is National Unfriend Day – so here’s how to let go of those friendship heartbreaks once and for all.

The pain that comes with losing a close friend is real, even if it is different to the romantic heartbreak that many of us know and accept is inevitable from time to time.

However, that difference is what stops people from recognising and validating their feelings of friendship heartbreak.

Hilda Burke, a psychotherapist, couples counsellor and author of The Phone Addiction Workbook, says she’s increasingly seeing clients report feelings of pain around the end of a friendship.

Burke says this is because, unlike the wealth of resources available to support traditional notions of heartbreak, when it comes to platonic relationship issues ‘you’re pretty much alone to deal with it’.

Burke tells Metro.co.uk: ‘Many of my clients apologise for bringing up their feelings about relationships that are “only friendship”.

‘They often feel unreasonable for making such a big deal about being upset over friends that have let them down or for spending time dwelling on a friendship that they feel no longer serves them.

‘In our society there’s an expectation that romantic relationship breakups are “normal” but that friendships should endure, hence why there’s been so little talk about this issue.’

That assumption about the enduring quality of friendships can add to difficulties of letting go – the failure might feel abnormal, though the reality is relationships can be fragile, whatever their nature.

‘We’re investing more so we’re expecting more back from them,’ Burke explains. ‘The more we invest, the more we expect.’

With those expectations comes pressure.

Burke says: ‘Friendships are subject to many of the same challenges as romantic relationships – external stress, differing priorities, politics and interests, jealousy, not to mention both parties potentially changing as they get older.’

How to move forward digitally

One key thing to consider is how much you’re still exposed to that ex-friend through social media.

In the spirit of Unfriend Day, might it be time for a break?

It can be hard to truly move on from someone while there are constant reminders of them, what they’re doing, and most cuttingly, who they’re hanging out with.

Checking up on the person’s social media or seeing just it in your feed anyway can trigger feelings of bitterness and comparison, which is hardly going to allow for a peaceful process of letting go.

Burke says ‘visual reminders can be very powerful and serve to keep dragging us back to the past’, so if you aren’t ready to go as far as deleting or unfollowing someone, change the settings on their profile to mute posts.

It still requires willpower not to proactively check their profiles.

Toby Ingham, a psychotherapist, says ‘put your needs first’ so that you don’t stall the process.

It can be awkward if there are mutual friends to worry about, so Ingham advises: ‘Give yourself permission to be direct and clear cut when telling people, this includes your ex-friend and any mutual friends.

‘Sometimes a clean break is the best break so don’t get caught up in the blame game or in feeling guilty. Take time for yourself to heal and move on.

‘It may be less painful and easier to move on if you are not getting daily reminders about them – that can just open old wounds.’

Essentially, if what’s stopping you from cutting digital ties is the fear of being deemed petty by others, remember that being friends on Facebook doesn’t equate to actually being friends.

Ingham urges people to have ‘confidence’ in their decisions. Know that you’re within your rights to make your social media account an emotionally safe space.

Sanchita Saha, CEO of CitySocializer, reiterates that unfollowing will aid the healing process, but only if it feels right to you.

She also says – in a similar fashion to how some might approach getting over an ex – meet new people, within the parameters of lockdown rules, of course.

‘Actively go out and meet new people, not with the goal of finding a new BFF but as a way to build your confidence back and re-realise that you are someone who others value talking to, engaging and spending time with,’ says Sanchita.

You could join a virtual community or event too while in-person meet-ups are limited.

It might make up for any feelings of loneliness that might come with parting from a friend you once spent lots of free time with, especially if you find people with shared interests.

‘Humans are hard-wired for connection and “oneness” so engaging with people, even people you don’t know very well (or at all!) enhances our feelings of wellness,’ Sanchita says.

As well as potentially making some changes digitially, Burke says take it back to the basics: forgive and accept.

‘Recognise your own part in how the friendship ended up,’ says Burke.

‘Forgiveness and acceptance are important – for the other person but also for yourself as usually we have some regrets about our own behaviour and how we deviated from our own standards of being a good friend.’

Time is a healer, as they say.

READ  Why a salt stick is the winter motoring accessory you didn't know you need
Share on FacebookShare on TwitterShare on PinterestShare on Reddit
newsgrooveNovember 17, 2020