“I’d like to thank the Board for the backing they have given me already in my time at the Club and also most importantly, the Rangers fans who have given me and the team such tremendous backing both this season and last.”

Former Borussia Dortmund boss Klopp named Gerrard as his most likely successor earlier in the season when pressed on his future, with Gerrard mentioning his delight shortly after.

Klopp told FourFourTwo when asked about support from both Gerrard and Kenny Dalglish: “Kenny and Stevie have both been a really big support from day one.

“Second, my position as a manager has nothing to do with the people around me. If Liverpool were to sack me tomorrow, then maybe Kenny would be the first choice to replace me, but they would probably bring Stevie down from Glasgow. 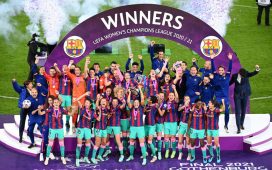