How One Photographer Won Apple’s Shot on iPhone Contest

Back in February, Apple announced the winners of its first-ever Shot on iPhone photo contest. Photographer Andrew Griswold was one of the 10 winners, and he’s now sharing a behind-the-scenes look at how he won the worldwide contest.

Griswold, a full time art director and freelance commercial photographer based out of Indianapolis, Indiana, has launched a new podcast for creatives called Just Outside the Artboard, and for the first episode, he tells the story behind both the contest and his winning shot:

As you might remember, Apple’s launch of the inaugural photo contest kicked off with a bit of controversy back in January 2019 after photographers noticed that there was no mention of any licensing fee in the contest’s terms and conditions. Apple quickly clarified things by confirming that winning photographers would be paid for their photos to be used in the company’s worldwide marketing.

Griswold first learned of the contest after reading about the controversy. After looking through his Instagram for his best iPhone photos, he submitted some shots to the contest by using the appropriate hashtags on social media.

A few days later, he received an email that purported to be from Apple. Although the message looked incredibly fishy and scammy — Griswold describes it as looking like a “ransom letter” — he replied to it on the off-chance that it was really Apple. And it was.

Of the 40 or 50 photos Griswold ended up submitting, 21 of them were selected to be under consideration, according to what Apple told Griswold. Some of them were quickly rejected for being shot out of the required time frame or because they were captured using 3rd-party lenses.

After whittling down the set, Apple informed Griswold that only one would be selected for consideration. Griswold was then required to sign non-disclosure agreements as he progressed through the rounds of consideration before eventually being told that he was a finalist.

When the winners were announced on February 26th, Griswold didn’t find out about his win until a friend told Griswold that his photo had been featured on the TODAY show.

Griswold’s winning photo was a photo shot from inside his car on a rainy day, and it shows raindrops on his window containing tiny views of a graffitied wall outside.

Griswold says that winning the contest hasn’t changed his life overnight — he’s gotten some exposure and some new followers on social media, but it’s been far from instant fame and fortune.

“The reality is, these types of things don’t instantly make you ‘famous,’” the photographer says. “It still makes it open to future opportunities. It may come this way or that way, but it’s a continued push to want more for yourself and to drive yourself in a direction you want to go.” 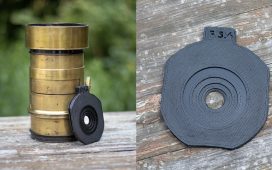 How to Make Custom Waterhouse Stops for Antique Lenses 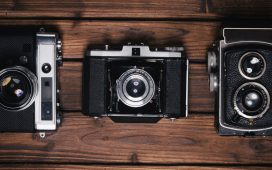 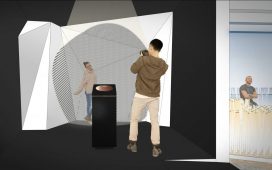 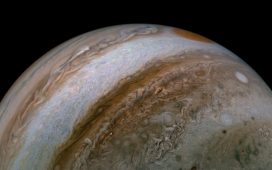 Amateur Astronomer Discovers New Moon of Jupiter in Photo from 2003 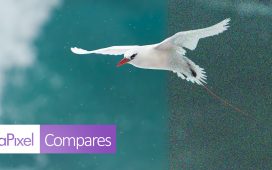