How many episodes are there of BBC’s Our Girl?

FANS are loving the return of Our Girl for season four.

Sadly, this will be Michelle Keegan‘s last appearance in the drama, so let’s pick up where series three left off and find out what to expect as the story continues.

When is Our Girl on TV?

The first and second seasons of the military drama series consisted of five episodes each but season three’s run – which was split into two parts – was the longest to date, at 12 episodes.

This series will be much shorter and will consist of only six programmes.

Filming began in May 2019, in South Africa, but the show sees Georgia returning to Afghanistan.

Is Michelle Keegan in Our Girl series four?

Yes – fans will be relieved to know that Michelle Keegan reprised her role as Georgie – but for the very last time.

In April 2019 , the actress gave fans a behind-the-scenes glimpse at season four in a snap of her cradling a toddler while dressed in military gear.

The six-part series will see Georgie promoted to Sergeant and returning to Afghanistan “to face her own fears”.

Keegan said: “Being in Our Girl has been one of the highlights of my career so far.

“I feel very lucky to be part of the show and I’m really excited that it’s coming back.

“The audience response has been so positive and I think Georgie is a character who resonates with viewers.

“I absolutely love playing the role.

“Be prepared for another incredible series – Georgie’s still got unfinished business.”

Back in July 2018, The Sun exclusively revealed that Michelle had signed up for another series of the hit BBC drama.

A TV source said at the time: “Producers think that Michelle has been really good for the show, after taking over from Lacey Turner, and were keen to write her into a further series after developing her character.

“They have some meaty ­storylines lined up involving both action and romance.”

Of course, the role extension would mean more time apart for her and hubby Mark Wright.

How did series three end?

The series three finale ended on a cliffhanger with Georgie under fire, after striking up a potential romance with Captain Charles James, played by Ben Aldridge.

The army medic finally gave in to her feelings after being injured by an explosion as it was revealed the Captain’s marriage to previous Our Girl lead Molly Dawes was over.

Elsewhere, Maisie and Rab also gave into their feelings for each other that led to Rab even popping the question.

In the final few minutes, viewers watched in horror as 2 Section attempted to flee from an armed cartel and were left with no choice but to leap over a cliff.

The – quite literal – cliffhanger left fans fearful that Michelle wouldn’t be returning for another series.

Are there any Our Girl series four spoilers?

The six episodes sees the show step into the future, one year removed from 2 Section’s tour of Bangladesh.

After being a corporal, the lovable Georgie has now been promoted to Sergeant and is training medics while living with her family back in Manchester.

However, some of her old comrades are desperate to have her back on the front line in Afghanistan, to which Georgie initially declines.

Our Girl season five – will there be another series of the BBC drama?

sean of the dead

But disaster strikes on a night out with a near-fatal incident, which forces Georgie to face her fears.

It reveals the real reason why she has to give in and reluctantly go back into the army – for her fiancee Captain Elvis Harte, who was killed in action.

Georgie goes back into the army to honour her fiancee but the show’s creator Tony Grounds explains that this will not be easy.

He said: “With the Taliban controlling large swathes of the country and Georgie Lane’s haunting memories of Elvis lost last time she was in the country, this mission was never going to be easy.”

Jeffree Star Responds to Backlash Over His Controversial Cremated Palette 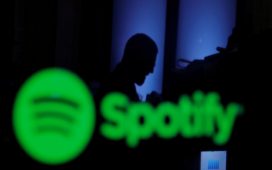