How Instagram’s most glamorous mums have built up £50K business sharing gritty, warts-and-all reality of motherhood

“SAY goodbye to sex… when your partner walks through the door, your first thought isn’t to rip their pants off, but to take the baby out of your arms so that you can get yesterday’s vomit out of your hair.”

This is just one of many bold, gritty and brilliantly honest posts from best friends turned Instagram star mums, Sophie Taylor and Holly Gee.

They have become two of the most influential mums on Instagram thanks to their no-holds-barred posts and videos on their blog and social media page Life Of Mummies – sharing the details many mums are too nervous to speak about.

But in amongst the vomit-covered t-shirts, nappy disasters and very explicit details, they’ve also become two of the most glamorous UK mums online too – managing to juggle parenthood with becoming online fashion icons.

And in an incredible twist of fate, they not only welcomed their firstborns within three weeks of each other – but have now gone on to both have a second child each within the same time frame in lockdown.

Here the mums, who live near Watford in Hertfordshire, open up to Sun Online on how they have built up a £50,000 business over the last three years – having come up with the idea on an impromptu spa day together…

While Sophie, 32, is now best known by her 22,000 Instagram followers for her posts on motherhood, she was once a popstar in girl group Dolly Rockers, which was signed to record label EMI – and even appeared on X Factor in 2006.

Meanwhile, Holly, 31, has previously worked in health, beauty and fitness PR – which she now hopes to slowly move out of as Life of Mummies continues to grow.

But while they are practically inseparable now, the pair were initially wary of each other when they first met.

“Sophie was best friends with my husband Adam growing up, they knew each other for years and years,” Holly explains.

“When I started going out with him, as a girl who’s 21 years old, I was thinking, ‘why is a girl friendly with my boyfriend?’

“I was thinking ‘who is she?’ While she was protecting Adam thinking, ‘who’s this girl?’”

However, all that changed when they discovered they were pregnant at exactly the same time three years ago.

‘No one had ever warned us about anything’

Sophie had previously sadly suffered two miscarriages, so she was initially hesitant to share the news that she was expecting for the third time with anyone but her husband James, 34.

“On the day Holly called us to say she was pregnant, I was on the way home from a scan and I thought it was going to be another miscarriage so I didn’t tell them I was pregnant,” she says.

Luckily the pregnancy turned out to be okay, and the pair immediately began leaning on each other for support throughout their pregnancies.

While Holly says hers was relatively smooth, Sophie suffered a series of complications including gestational diabetes and obstetric cholestasis, which causes a build-up of bile acids in your body.

It meant she eventually needed a C-section, before welcoming her baby son Zack – around three and a half weeks after Holly welcomed her baby daughter Delilah.

“With Zack it was awful,” Sophie admits of her pregnancy. “I couldn’t believe that I’d have a baby because of what I’d been through… I felt like something would go wrong at any point.”

They were immediately stunned by the lack of real-life, up-to-date information available to mums online.

“It was only three years ago, but no one had ever warned us about anything,” Holly says.

“We didn’t have a platform of a mum being really real and honest daily. Nothing was up to date.”

Instead, they’d ring each other right through the night, swapping notes on everything from their concerns that their babies would suddenly stop breathing in their sleep, through to the more explicit details on their post-partum symptoms.

It was ultimately what gave them the idea to create their own online blog and social media page, while on an impromptu spa day together around two months after welcoming their babies.

“We were lying in there, and just said, ‘why don’t we set up an Instagram account’. We knew we could be honest and real and help other mums in our position,” Holly explains.

From word go, Holly and Sophie made sure to keep each of posts real – sharing the nitty gritty details of motherhood.

And for Sophie, that inspiration came from her own concerns shortly after birth.

“I really struggled when I’d had the baby because my tummy was still really big,” she recalls.

“I wasn’t thin the next day and I didn’t get it – everyone else looked perfect.

“I think it’s important, certainly for first time mums, to understand that you’re going to be swollen, it is going to be hard, you are going to be tired, you’re not supposed to go out the next day looking happy.”

Many of their earlier posts made funny digs at how mums are forced to abandon their own appearances to care for their babies.

Holly adds: “There have been times when I’ve probably worn the same t-shirt three days in a row… with sick all over it.”

But for these two ultra-glamorous women, it was a major change.

“I had never worn a pair of trainers in my life before having a baby, ever!” Sophie admits.

“I’d also worn boots with a heel, I’d always had my hair done, my nails done, I had strip lashes for five years.”

Their posts covered everything from an embarrassing “explosion” when Holly ended up covered in poo during a coffee date together, right through to the more intimate details that many pregnant women don’t speak about – including how there’s a sudden end to their sex lives.

In one amusing earlier blog, they warned that all new mums should be warned: “You’re (sic) vag is gonna burn like a bonfire, your baby is going to scream for hours on end and you’ll have no idea why and put it down to ‘colic’, you’ll forget the last time you washed your hair or how long you’ve worn your sick stained t-shirt.”

It was a refreshing change from the glowing reports of motherhood often seen on Instagram – and while Holly and Sophie didn’t hide their overwhelming happiness, they made sure to keep each of their posts down-to-earth.

The reality of lockdown babies

In incredible synchronicity, Holly and Sophie went on to fall pregnant around the same time again last year – and welcomed their second babies within weeks of each other.

The pair have once again kept things refreshingly real online – opening up on the brutal reality of having newborns at home, without wider family support.

“We’ve had so many mums messaging and saying they’ve had their baby in lockdown, and saying how scary it is,” Holly says.

“For mums that had to give birth alone, it must have been so scary. I think we get urgent messages for advice from mums daily.”

The women initially began by pitching themselves to a series of baby brands, while doing reviews for free.

As the business grew, they realised they could begin making money from it – with a view of building it up into a full-time job for them both.

Holly says: “We have never wanted to be greedy with it. It took us a good year before we started making any money.”

It’s proved such a success, the business itself is now worth around £50,000, while a campaign (which can include blogs, videos and posts) for a big brand could fetch them up to £6,000.

“We only work with brands that we feel passionate about,” Sophie adds.

“We’ve recently done something with Always, on their new sanitary towel.

“However, everybody gets it and in pregnancy you get loads, so we knew it was important. Women should know when they’re pregnant that this happens.”

‘We are normal girls that want to look nice’

While both women have made no secret of their struggles juggling their usual routines with motherhood – they always ensure they look their best for their posts.

“We both feel like we don’t want to lose ourselves – because we wouldn’t have not bothered before.”

And they’ve become true Instagram stars over the last year – even regularly being stopped in the street by mums who recognise them.

Now, as the business continues to go from strength to strength, they’re getting inundated with messages from mums seeking advice – proving just how much many have come to rely on them.

“I can’t tell you how many times we’ve had hundreds of messages from other mums responding to something we’ve put online, saying ‘thank God you’re being honest, I was the same but I thought I was alone’,” Holly says.

And many mums relish the opportunity to share a laugh.

Sophie recalls: “When we first had the babies, we were quite ballsy about sex after babies and about how every time you say you’re tired, your husband immediately says the same.

“We used to get a lot of mums agreeing and saying they’d had similar experiences, like seeing your husband get home from work and then sit in the drive for 15 minutes on their phone – just come in! Help me!”

They are now in the process of writing a book about the nitty gritty reality of motherhood – sharing their own experiences.

It will cover everything from the lack of sex and sleep, through to awkward post-partum symptoms and the positives of bringing life into the world.

Holly says: “We are proud. This was just an idea lying in a spa one day, and three years later it’s grown. We just want to keep going.” 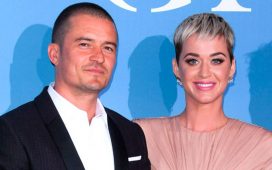