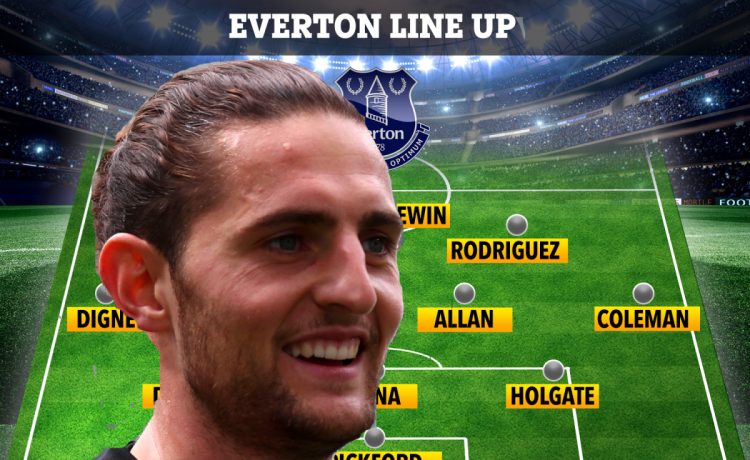 The Juventus duo would add quality and competition for places in Carlo Ancelotti’s squad.

Central midfielder Adrien Rabiot would go straight into a battle with the likes of Allan, Abdoulaye Doucoure, Andre Gomes and Gylfi Sigurdsson.

And Merih Demiral will take his place at the back after beating off a number of competitions.

The Turkish centre-back will compete with the likes of Yerry Mina, Mason Holgate and Michael Keane at the back.

Aaron Ramsey was also a name linked with a move to Everton as part of a swap deal.

And up top them have Dominic Calvert-Lewin and Richarlison ably supported by James Rodriguez.

Real Madrid forward Lucas Vazquez has also been linked with a move to Everton in the summer.

And the Toffees are also in the market for Bournemouth star Josh King.

Ancelotti’s side are still in the hunt for a European place next year which would boost their bid to make signings.

Everton are eighth in the Premier League and seven points behind fourth-placed West Ham with a game in hand.

But they suffered a set-back in their last game after being held to a 0-0 draw at Brighton.

READ  Paul Pogba’s Man Utd career is OVER with player and club both desperate to get him out of Old Trafford
Share on FacebookShare on TwitterShare on PinterestShare on Reddit
newsgrooveApril 15, 2021