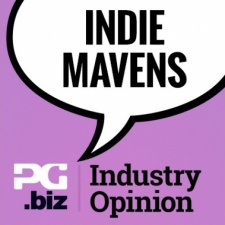 A hot topic of discussion in the games industry has recently focused on the issue of accessibility.

Many developers and consumers have been sharing their thoughts online regarding what measures could and should be put in place to try and make sure games have the widest accessibility range.

Is enough being done? Well, whenever one of these important issues arises we like to get our information straight from the source. So we reached out to our Indie Mavens for their perspectives on the subject.

What do you think can be done to make games more accessible? How do you make sure you are addressing this in your game releases?

I’m very conscious that we need to do more in our games. There’s basic stuff like making the game still work without audio (i.e. subtitles if we’re using speech) that I tend to do by default, although that tends to be also from knowing so many mobile gamers have a habit of muting the audio.

One area where we’re not doing enough yet is in making our graphics more colour blindness-compatible. Ideally, we’d do an extra set of graphics and an option but of course, that involves extra development time that we don’t have.

Designing artwork from the get-go to be better suited would solve the problem, but in the rush of game design it’s often overlooked. So that one’s under our ‘must do better’ category.

One area where we’re not doing enough yet is in making our graphics more colour blindness compatible.

As we develop primarily for Apple devices though, some of that is handled by their accessibility options letting you apply colour filters to everything to help when colour blind (yes it even works in games). Something we have been playing with however is with our AR camera control stuff. It’s kind of a side effect of what we’ve been working on, but potentially a worthwhile experiment.

For AiRburst we realised that as we were already using the gyro/camera control to place the real world camera, we could flip it a little and use it to allow you to play the game from a sitting position and rotating on the spot to control (in AiRburst your player sits on a balloon and rotates around to bat away deadly burster balls).

The initial thought was that it would make a game you could play from office chairs. It’s LAN play, so you can imagine it being a laugh in lunch breaks.

Then it was pointed out by Adam’s fiancée that this would also potentially make it playable from a wheelchair for someone with limited dexterity but the ability to rotate their chair. So that mode – still experimental but in the released game – was kind of added by accident. Hopefully it’ll lead to something more definitely useful for accessibility.

In Face Candy and Face Word, the games are controlled physically by your face, so it became an obvious thing to make the whole UI (or as much as we could, given that we had no way of overriding buttons on ads for instance) able to be controlled by pointing your nose at it and sticking your tongue out.

Future tweaks to this will involve extra options such as auto-triggering buttons on a timer or having other ’trigger’ options. This is something we learned years back when doing our ToySight camera games on the Mac. The effect of this is that it makes the games accessible to players who simply can’t use a touch screen, and it’s an area we want to explore more.

One further difficulty we have as a small indie team though is feedback. Most of what we are doing for accessibility is based on what we ‘think’ might help, but we don’t have a good resource of differently abled players who can tell us if it actually works or not.

I’ve reached out to a couple of the organisations who provide specialised controllers for disabled gamers but I suspect their focus is more on adapting controls to play current console and desktop games, so I’ve not heard anything back.

Maybe it’s time for a more mobile-focused group or resource to help developers and players make their games more accessible?

Since 2010, I’ve been adding a variety of accessibility options with our first shoot ’em up Shoot 1UP. When I first learned about the concept of one-switch controls I was fascinated by the idea. I also found out about players who had limited abilities but still wanted to play games. Who wouldn’t want their game to be played by more players? I certainly do.

For Shoot 1UP, I reached out to several accessibility experts such as Ian Hamilton and he aimed me at some basic templates and concepts for how to help. Things such as remappable controls, subtitles, high-contrast backgrounds, colour-blind icons and symbols, gameplay speed adjustments and of course difficulty adjustments.

Every game is different and will need some extra love. For Pig Eat Ball I have several options for increasing the ball size to make them more visible in the chaos.

AbleGamers now has an excellent starter kit for implementing helpful options. Now over 10 years, and with our newest game Pig Eat Ball coming to Switch, PlayStation 4 and Xbox One, I know to plan for these designs from the start of any game.

The best things developers can do is to talk to disabled gamers and advocacy groups and get to understand “what problem am I solving for”. Then they’ll know how best to move forward.

I think that there is always more you can do to make your game more accessible. I’m dyslexic myself and we are currently making a narrative game that includes a lot of text.

I see things my team members don’t see regarding the reading of the text and can often provide input. There’s a lot of text-heavy games where I simply have to give up on the font, the passing or the number of words I have to read.

Seeing how I can make our game more accessible for people like me, I also understand that it’s not only about tools but also about including different and diverse people on your team. People who can see and understand your design from a different perspective and give feedback on points you never thought of yourself.

It really depends on what we mean by “accessible”. Supporting the Xbox adaptive controller and having difficulty settings is one aspect of it, but that’s not all of them. Basic notions of contrast and readability in the visual design go a long way and so would reflections on pacing or clarity in storytelling. To some extent, the pricing policy of your game will help in making it accessible.

Basic notions of contrast and readability in the visual design go a long way, and so would reflections on pacing or clarity in storytelling.

Accessibility helps everyone and thinking about accessibility doesn’t only mean catering to an audience with a given set of disabilities or specific needs; it’s about making sure the experience you want to create can be enjoyed equally by as many people as possible in as many situations as possible.

If you’ve ever wanted to play your new favourite game on launch day but your arm was broken yesterday. If you’ve tried finishing that one area in a roguelike before your newborn wakes up from their nap for the nth time and you have to start over again. Or if you’ve felt like a Nintendo Switch game you were playing would be way easier to play in a crowded and noisy subway if it only had subtitles, you might have realised already: “Oh, that accessibility thing, it’s about all of us, then”.

Maybe you can hold a controller just fine and press all the buttons as fast and hard as you want with ease. But you also can read English just fine, so why did you spend the time and money to translate it into five other languages before releasing it on Steam?

One thing I realised while working on Alt-Frequencies – an upcoming narrative audio mystery game, which has been designed to be played equally by sighted and blind or visually impaired players – is that making a game more accessible does not mean making compromises or removing features.

It may require you to think through your design differently, for example in terms of how you use other kinds of feedback to signal what’s going on. But chances are, getting this new perspective you’re not familiar with, and in general refocusing your design considerations on the user experience, will make your games better for everyone at once.

Making a game accessible is only hard, costly and difficult to reconcile with your design intentions if you’re attempting to slap accessibility features on top of a game that’s already designed with a specific audience in mind.

To finish, and this is true for a lot of subjects but probably even more so for this one since the subject has been popping up everywhere these past few months: approach experts, qualified people, academics or organisations who are familiar with the subject, and pay them. Find the players who need your game to be accessible and listen to them

Find the communities who already have the answers to the questions you haven’t even thought of yet, then share and amplify those voices who bring knowledge to our industry.