By Josh White For The Daily Mail

Over millions of years the majestic beasts gradually shrank in size while adapting to have a higher metabolism.

This evolutionary process allowed dinosaurs to burn energy from food at a faster rate and regulate their own body temperature – leading the population to flourish. 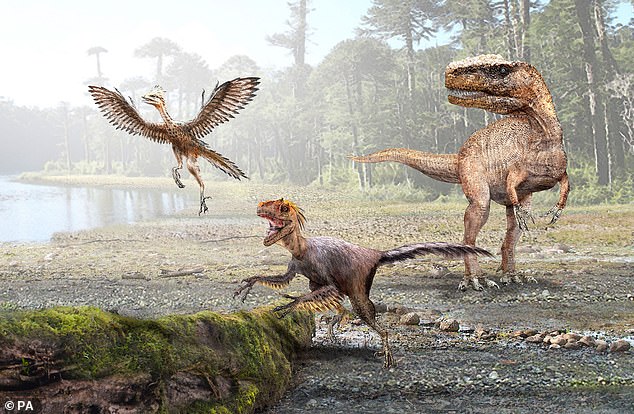 Dinosaurs shrank while adapting to have a higher metabolism from the early Jurassic period, around 180 million years ago. The University of Chile study says the theropods dinosaur population rose 30-fold as they profited from growing smaller as endothermy evolved

Warm-blooded animals need a lot more energy than cold-blooded creatures such as reptiles and fish, which rely on environmental heat sources. However, they can live in a wider geographic range and have greater mobility and brain power.

Scientists have previously struggled to explain the origins of endothermy – the state of being warm-blooded – mainly due to the lack of fossil evidence.

However, researchers at the University of Chile say their latest findings shed light on how mammals became warm-blooded. They analysed how animals regulate their body heat, comparing this with different body sizes of theropods – a group of two-legged, three-toed dinosaurs from which all birds evolved.

Warm-blooded animals must balance how much heat their body makes – known as metabolic production – with how much is lost during physical activity or in cold weather. The new findings suggest metabolic rates rose steadily throughout most of the early to mid-Jurassic period, around 180million years ago. 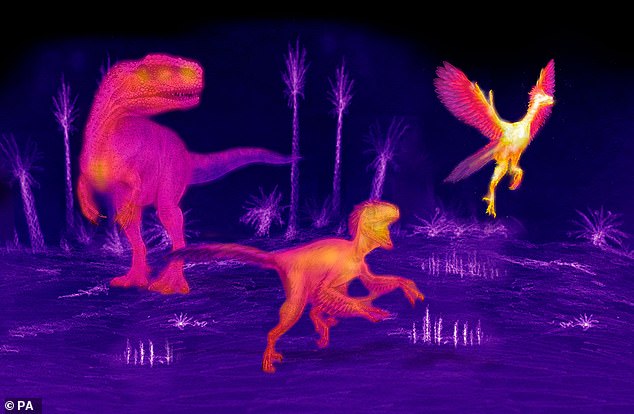 Scientists believe that as dinosaurs decreased in size over millions of years they developed to have higher metabolic rates. They have previously struggled to explain the origins of endothermy – the state of being warm-blooded – mainly due to the lack of fossil evidence

For instance, a 43kg (6.7 stone) modern-day warm-blooded bird would have the same needs as its 370kg (58 stone) cold-blooded dinosaur ancestor, reports the journal Science Advances. The study says the theropods population rose 30-fold as they profited from growing smaller as endothermy evolved.

'Record-breaking' ozone hole has formed over the Arctic

Oceans are capturing twice as much carbon as previously thought

Covid-19: what if I'm immunocompromised?