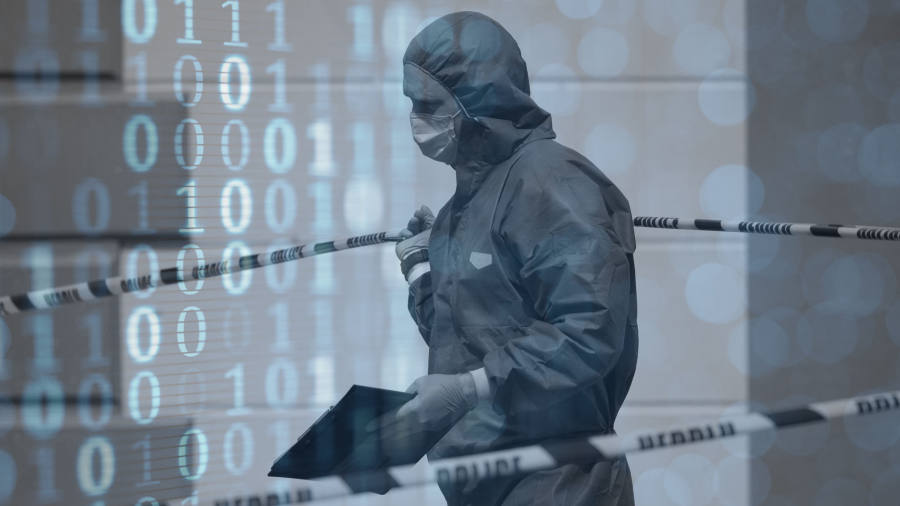 In Scotland Yard’s most sensitive forensics lab, there is not a dusted fingerprint or trace of blood to be found. Instead, Metropolitan Police technicians sit at desks scrutinising spreadsheets, scrolling through pages of data and playing blurry videos frame-by-frame.

For the police it is the advancing frontier in solving crimes; laying bare every message, photo and communication on a suspect’s phone has the potential to revolutionise prosecutions. But the skills needed are rare and the work itself expensive and time-consuming.

The Met’s record is under particular scrutiny: in the past two years, two rape trials collapsed in London because key phone evidence undermining the prosecution cases was either not identified in time by investigators or handed over to defence teams too late.

You may not always be able to find a fingerprint. But I challenge you to think of a crime where there isn’t a phone involved or a CCTV camera on site

The question is whether police forces can scale up their digital operations when budgets are tight and government spending is focused on boosting the number of frontline officers.

According to Mark Davis, a former police officer who now advises civilian forensics staff on how to build cases, there’s a digital witness in every crime.

“You may not always be able to find a fingerprint,” he said. “But I challenge you to think of a crime where there isn’t a phone involved or a CCTV camera on site.”

The work of digital investigators has boomed alongside the growing public appetite for new technology.

Every device connected to a network represents a potential key to solving a crime: Met investigators trying to work out when a domestic fire broke out eventually established the timing by calculating when the last key had been pressed by players on the home’s games console. They once extracted data from a victim’s pacemaker and worked with the manufacturer to establish a time of death.

Eman Badri, who heads the team of digital forensics technicians, says her proudest breakthrough was a case in which detectives suspected a man of grooming a child, but could not prove it.

During a final check on his computer, Ms Badri found metadata pointing to the existence of a webcam not discovered by officers at the scene. Investigators went back and seized the camera, which contained compromising imagery later used to convict the paedophile. “A lot of the time it’s the simple things which break the case,” she added.

Of all digital forensics work, it is the extraction of phone and computer data that is the most time-consuming — and controversial.

Downloading the contents of a smartphone, which is standard practice even in minor crimes such as drug possession with intent to supply, can take between five and seven hours. An officer has to be present for the duration to ensure the integrity of the evidence-gathering process, restricting their capacity for other police work.

Once gathered, the evidence itself must be searched and digested. In a recent rape case, which collapsed, the team calculated that combing through the suspect’s 70,000 WhatsApp messages would have taken a single officer 90 days of working from 9am to 5pm. A fraud investigation can involve 50 mobile phones and 25 laptops.

However, Silkie Carlo, director of campaign group Big Brother Watch, fears unjustified intrusion. While searches for physical evidence have to be proportional and limited, she says these restrictions “don’t seem to apply” in the technology context. “It’s a free-for-all which involves wholesale digital surveillance of someone’s entire life,” she said.

The most concerning development, according to Ms Carlo, is that those who report rape and domestic violence are being asked to hand over devices to aid evidence-gathering into the relationship between victim and perpetrator. “This [seizure of devices] is bad enough for suspects of crimes but when applied to victims as well, that’s staggering,” she said.

At the same time, the Met is being told by courts that they are neither doing enough to interrogate phone data, nor doing it fast enough.

In December 2017, a rape case being heard at Croydon crown court collapsed when it emerged late in the proceedings that 2,400 pages of evidence and 50,000 messages downloaded from the complainant’s phone — which undermined her accusation — had been overlooked. The evidence only came to light after defence lawyers requested it during the trial.

The digital forensics lab in Lambeth has now put in place better systems to help officers find the information they need within downloaded data.

Laura Marjason-Smyth, interim head of the digital forensics division, is also frank about the fact that her team, a sixth of the entire forensics workforce, does not have the capacity to serve the needs of 28,000 Met officers.

While prime minister Boris Johnson is pledging to fund 20,000 more police officers, she said that her area was not currently in line for any increases in budget or headcount.

Without more resources, it is hard to see how the force can meet the demands of solving crime in an increasingly digital world.

The criminal investigation into the 2017 Grenfell Tower fire, in which 72 people died, involves 45m emails and documents seized from companies and contractors. At its current pace, detectives wading through this deluge of data say they will not be able to bring forward any charges until 2021 at the earliest.

In the long term, senior Met staff agree that the only solution to searching and digesting reams of digital data will come from bypassing individual technicians entirely, and developing artificial intelligence systems.

“Our work over the next two to three years is increasingly going to be in establishing how we exploit whatever we can . . . to develop tools that enable us to do the hard work of searching these ridiculous amounts of data,” one high-ranking manager said.

“Unless society changes — and I think there’s nothing to suggest that our love of devices and technology is going to diminish . . . it’s going to be an increasing part of every investigation, whether we like it or not.”