How can Keir Starmer avoid another Labour civil war over Brexit? 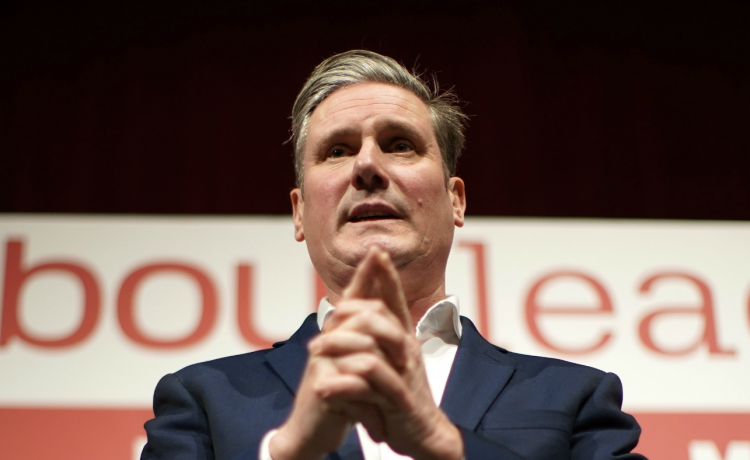 As Boris Johnson faces a series of Tory revolts, Labour leader Keir Starmer is battling to prevent a civil war within his own cabinet over whether the party should vote in support of any Brexit deal tabled by the prime minister.

With pressure mounting on the UK and EU negotiating teams to reach an agreement before current trading rules expire at the end of December, a compromise must be reached in the coming days to avoid a no-deal exit.

Starmer has indicated that if an agreement can be reached, the Labour leadership will whip MPs to back the treaty in order to “win back the Red Wall”, the Financial Times reports. But he faces a revolt from shadow ministers who believe the party should abstain from voting to avoid being blamed for what they view as the inevitable economic fallout of Brexit.

Who’s who in the dispute?

With the negotiations now down to the wire following months of stalemates and delays, some Labour shadow cabinet members would rather support any agreement than risk a no-deal Brexit.

The Labour leadership has “rejected the idea of abstaining or giving MPs a free vote, fearing it would suggest Labour has failed to absorb the lessons of the pasting it took in last December’s general election”, says The Guardian.

On the other side of the argument, shadow chief secretary to the Treasury Bridget Phillipson, shadow equalities secretary Marsha de Cordova, shadow chancellor Anneliese Dodds and shadow international trade secretary Emily Thornberry are said to be in favour of abstaining.

Meanwhile, shadow justice secretary David Lammy is torn “between his heart and his head”, a source told the newspaper.

Johnson’s 80-strong majority means that a deal is likely to go through – barring a unprecedented Tory rebellion – even if Labour does abstain. But the fallout from such a split in Labour’s vote would deal a blow to Starmer’s credibility as leader.

In an article for The Independent, former Labour spin doctor Alastair Campbell writes that Starmer “already has one problem with a section of the party membership, namely Corbyn’s suspension”. But “I suspect he could end up with an even bigger one if he decides to co-own the Brexit deal”, Campbell continues.

Amid the growing tensions within the party, as many as 60 Labour MPs are gearing up to defy their leader if he insists they back a deal, according to the Daily Express.

Starmer “is wary failure to support a deal could have a devastating impact on the party’s attempts to win back former Labour voters who backed the Tories” at the last election, says the Express. But the paper suggests he may now be “considering whether to tell his party to abstain in any upcoming Commons vote on a deal”, in what would be a major U-turn, in a bid to avoid all-out war between his MPs.

The Labour leader is keeping his cards close to his chest, telling Sky News today: “Labour is absolutely united. We’ve pulled together incredibly over the last few months through difficult decision and we’ll do so on this decision again.

“Of course, there are different opinions as you would expect, but we’ll pull together, discuss it as a team and be united.”

Despite all the speculation, says The Guardian, figures at the top of the party are “convinced voting through a deal is the only realistic option” – especially if Labour wants to avoid the charge the it has failed to learn the lessons of December’s election defeat.