Australian federal police have announced they are using next-generation DNA sequencing technology to predict the physical appearance of potential suspects.

Based on DNA left at a crime scene, the technology – also known as massively parallel sequencing – can predict externally visible characteristics of a person even in the absence of matching profiles in police databases.

MPS can “predict gender, biogeographical ancestry, eye colour and, in coming months, hair colour”, according to the AFP.

Experts say the technology is a “gamechanger” for forensic science but also raises issues around racial profiling, heightened surveillance and genetic privacy.

How does DNA profiling work?

DNA – deoxyribonucleic acid – is formed of two interlocked chains that form the basis of our genetic code. Each strand of DNA consists of four units known as nucleotide bases – A, C, G, and T – that repeat in patterns. The human genome comprises about 3bn pairs of these bases, contained within 23 chromosomes.

Human DNA is 99.9% identical, and forensic analysis is interested in the 0.1% of the genome that makes each of us genetically unique.

Traditional DNA profiling focuses on 24 sites on the genome where chains of nucleotide bases differ in length between people. The site sequences do not encode for specific genes that determine physical characteristics such as eye or hair colour. The method can determine biological sex because one of the 24 target sites is on the X chromosome and another is on the Y chromosome.

“If I told you my DNA profile for these different regions, it wouldn’t mean anything to you,” said Prof Adrian Linacre, chair in forensic DNA technology at Flinders University. “You couldn’t look at that and think: this guy’s from northern Europe, he’s got blue eyes.”

In combination, the different sequence lengths at each of these 24 sites is enough to give a person a unique genetic fingerprint. DNA collected from crime scenes can be matched to DNA profiles on criminal databases. “If your person is not on the database, it’s not very useful,” Linacre said, adding that links could be made to relatives.

What is massive parallel sequencing?

Linacre describes it as a “massive gamechanger”. The technology is capable of sequencing “tens of millions of bits of DNA in one go”, he said. “This new methodology is telling you things about the person … externally visible characteristics.”

Rather than looking at the length of strings of sequences, MPS can look at single nucleotides – whether, at a specific location, a base is an A, C, G or T.

There are several single base changes that are major determinants of eye colour, for example. “They’re dotted around your DNA … you put them all together, and you’ve got a real high probability of saying: this guy’s got bluey-green eyes,” Linacre said.

How will next-gen DNA sequencing be used in Australia?

The new sequencing technology will allow investigators to gain information about the physical characteristics of a potential suspect even when there is no matching DNA profile on a law enforcement database.

According to the AFP, the technique could be used in “missing persons and unidentified human remains cases”.

“Most things we find at crime scenes are mixtures of two or three people’s DNA,” Linacre said. While traditional DNA profiling techniques tend to work well even on degraded DNA, using MPS for a mixture of fragmented DNA could lead to inconclusive results, he said. “We’re still yet to develop really good software programmes to deconvolute massive parallel sequencing data.”

Are there ethical concerns?

In a statement, Dr Paul Roffey, the lead MPS scientist at AFP forensics, said the agency planned “to widen prediction capabilities to include traits such as age, body mass index and height”.

“We will also be seeking opportunities to provide fine detail predictions for facial metrics such as distance between the eyes, eye, nose and ear shape, lip fullness, and cheek structure”.

Age can accurately be determined by genetic analysis; body composition and height – which have genetic components – are also influenced by environmental factors.

The ability to predict the phenotype of a suspect raises ethical issues, particularly around racial profiling, said Dr Loene Howes, senior lecturer in criminology at the University of Tasmania.

Being able to determine a suspect’s ancestry could place “a whole population group under suspicion – they become subject to greater surveillance than the rest of the community,” she said. “It’s not necessarily that informative anyway, because there might be lots of people who fit the

Australian federal police have announced they are using next-generation DNA sequencing technology to predict the physical appearance of potential suspects.

Based on DNA left at a crime scene, the technology – also known as massively parallel sequencing – can predict externally visible characteristics of a person even in the absence of matching profiles in police databases.

Genetic privacy is also a concern. “If you start to look at other parts of DNA which encode things which are very personal to you, there’s a line I think which needs to be drawn,” Linacre said.

Howes added: “The problem with the introduction of any of these things is that it often happens without … the community being fully aware of what could be involved. There’s often function creep, where a scientific technique is introduced for one reason, and gradually starts being used for other purposes that weren’t agreed to initially.

“There should be some very clear thresholds in place [for] when this can be used.” 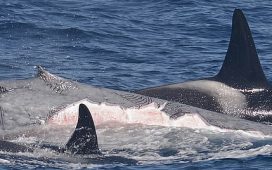 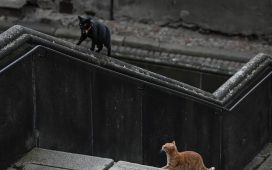 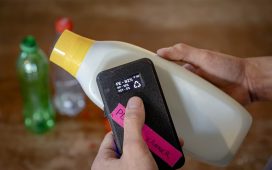 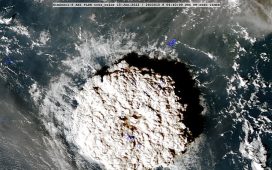 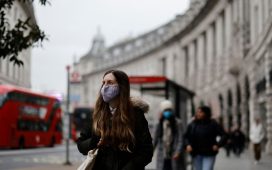