Just 81.4% of A&E patients were seen in four hours – the lowest figure since the target was introduced in 2004.

The numbers waiting for treatment, such as knee and hip replacements, has also hit a new high – 4.45 million.

Cancer wait times continue to be missed too. It is now over three years since any of the flagship targets were hit.

Madness in the movie: in defence of going gothic 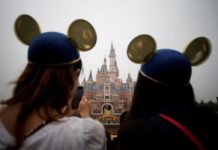