THERE’s nothing quite like the sound of your partner’s deafening snores to put a strain on even the strongest of relationships.

But you might finally be able to silence their snoring and get a good night’s sleep once and for all – after medics unveiled a new device to tackle the annoying habit.

Experts have unveiled a new device that is inserted under the chin and tackles snoringThe device is a small U-shaped object, about the size of a thumb nail, that is implanted into the skin under the chin during a 15-minute local anaesthetic.

It sits across two nerves in the chin and, once in place, the stimulator is invisible and not felt by the patient.

It provides a workout for the muscles around the tongue as it sends out impulses to active nerves and muscles to stop the tongue and airways collapsing during sleep – a key cause of snoring.

It is activated each night by placing a sticky patch that contains a chip which wirelessly prompts the stimulator to start working.

As well as a tiny chip, the patch contains a battery to power it enough to activate the implanted stimulator.

The device, developed by Belgium-based Nyxoah, has been approved for use in the UK following a recent trial which found that it brought major improvements in symptoms of obstructive sleep apnoea, or OSA.

Experts say that optimists could live longer, so here is our guide to glee

Heat stroke is no joke

How can I stop my thighs chafing in hot weather?

Sleep apnoea leads to loud snoring as it sees soft tissue around the airway, including the tongue, relax and collapse repeatedly during sleep which obstructs the normal flow of air.

This is very exciting… being minimally invasive and unobtrusive along with wearing comfort and long battery life, makes it all the more attractive

Jaydip Ray, professor of otology and neurotology at the University of Sheffield

Up to two million people in the UK have obstructive sleep apnoea and in the longer term, it has been linked to an increased risk of high blood pressure, stroke or heart attack.

The manufacturer says the results from the new device will be published this year, and major improvements were seen in symptoms.

A new trial, involving 110 patients, is under way at the Medical Sleep Center, Mannheim in Germany.

Commenting on the device, Jaydip Ray, a professor of otology and neurotology at the University of Sheffield, told the Daily Mail: “This is very exciting for OSA — being minimally invasive and unobtrusive along with wearing comfort and long battery life, makes it all the more attractive.

“Long-term results from the new trials would be interesting.”

It comes after it was revealed women lose three hours of sleep every night – with their partner’s snoring robbing them of any shut-eye.

Dr Sarah Jarvis told The Sun Online that there are lots of reasons for shoring, but warned it can be a sign of the serious condition of sleep apnoea.

“In people with OSA, the airways collapse down when your muscles relax as you sleep, blocking off your air supply,” she explained.

“They often stop breathing for 30 seconds or more at a time.

“The lack of oxygen causes them to jerk partly awake, and this can be repeated dozens or even hundreds of time a night.

“This leads to tiredness the next day because sleep is so disturbed, but also of course the same long-term health risks of heart disease.”

Tips to stifle the snores

While sleep apnoea is a serious cause of snoring, in many cases it is just plain annoying.

Mike Dilkes, an ear, nose and throat surgeon at London’s Hospital of St John and St Elizabeth, told The Telegraph that while it’s “not a habit you may choose to have, it’s one you can choose to stop”.

Around 40 per cent of men over 30 snore, while around one in three women are guilty too.

Mr Dilkes shared his revolutionary tongue and throat work out, designed to tone up the bits in your neck that can cause snoring.

Other ways to combat snoring include losing weight, stopping boozing and getting fitter.

Alternatively, if you need a quicker fix then investing in a £10 plant from ASDA may help as earlier this year it was revealed that it could stop you snoring.

Pineapple plants are said to reduce snoring thanks to their night-time oxygen production.

In fact, according to NASA studies, pineapple plants also improve air quality throughout the night and therefore aid better and quieter sleep.

And this chuffed wife claimed a £12 pillow “stopped her husband’s snoring” thanks to its internal foam core which moulds to the body and helps improve breathing and alignment.

READ  My mum only had a few months to live. So we rented a van and took a road trip
Share on FacebookShare on TwitterShare on PinterestShare on Reddit
newsgrooveAugust 27, 2019 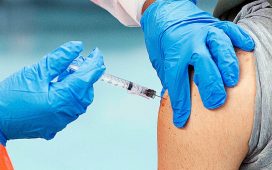 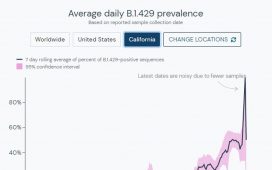 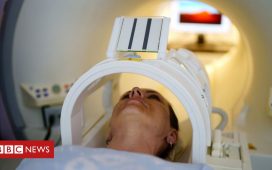 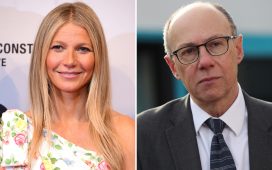