On Saturday afternoon it will likely be only a matter of minutes before Coventry fans sarcastically break into a chorus of “You’re supposed to be at home” at thousands of Birmingham season-ticket holders stationed in the away section of their own stadium.

It promises to be a bizarre occasion – the ground’s tenants hosting their landlords with a place in the FA Cup fifth round at stake. The good-natured sledging in the stands will doubtless amuse but the oddity of the game represents another desperately sad marker in Coventry’s odyssey from Sixfields to St Andrew’s.

In June Coventry struck a groundshare agreement with Birmingham for this season after failing to agree a deal to stay at the Ricoh Arena, the purpose-built stadium into which they moved from Highfield Road in 2005. But Coventry’s volatile relationship with the Ricoh, which was sold to the Premiership rugby club Wasps six years ago, has long been a source of frustration, the club having previously ground-shared with Northampton in 2013-14.

As much as Coventry are grateful for Birmingham’s help while they floundered in search of viable alternatives to the Ricoh, and a unique atmosphere is inevitable, the novelty factor cannot mask the painful reality of another kick in the teeth for a suffering fanbase.

“They are providing us with a home that we didn’t have, and they have probably kept the club alive by giving us a stadium, but this should not be some sort of strange love-in or a kind of party atmosphere,” says Neil White, a board member of the Sky Blues Trust who is into his 52nd year supporting Coventry. “We cannot make this out as a fun day because we do not want this to be our future. Football binds family and friends and a city’s team should be at the heart of its community, not a travelling circus.”

After securing a point in the Championship at Middlesbrough on Tuesday, Pep Clotet’s Birmingham side will return to familiar surroundings – albeit as the away team. The squad will board the team coach at their training ground on the outskirts of the city before making the 10-mile journey to St Andrew’s, where they will occupy the away dressing room. Birmingham have sold out their away allocation of 9,260 tickets. The Tilton End – where the seats spell out Birmingham’s nickname, the Blues, in block capitals – will be home to Sky Blues for the day.

The owners of the Ricoh, Wasps, and the owners of Coventry, Sisu, need to do a deal to bring us back to the city

As strange as Saturday will be, it is not the first time tenants have played host to their landlords. The first groundshare agreement in the Football League was between Charlton and Crystal Palace, after the former left the Valley in 1985 before returning to the site in 1992, and Wimbledon spent 12 seasons ground-sharing with Palace at Selhurst Park, during which time Palace were the visitors to their own stadium on nine occasions, notably in a League Cup victory in October 1994, before relocating to Milton Keynes.

“It was all a bit surreal,” says John Salako, the former Palace and Coventry midfielder, recalling the route from the Croydon Park hotel to Selhurst Park, a 10-minute trip on the team bus. “Wimbledon were the proper Crazy Gang back then. Your [Vinnie] Joneses and Fashanus, they would make the most of it and have their big ghetto blasters booming and they would be in our faces, but that was part of their repertoire.

“They got in your minds, got in your heads and it was the weirdest thing going into the away dressing room at your home stadium, and at Selhurst it is literally a 20x20m box with some showers and a toilet. Once you get out there you just have to shut all that out and get on with it, but it did ultimately feel like playing away from home.”

It was a peculiar state of play for both parties. “We were conditioned by our environment,” explains the former Wimbledon defender John Scales. “Our training ground was down on the A3, the legendary transport cafe there with Frank, the guy behind the counter, and everybody coming in from the lorries for breakfast and him putting his finger through the bread rolls. Plough Lane was an intricate part of that, where famously Viv Anderson and Fash clashed. That was in that corridor leading out to the tunnel, which is about 3ft wide, with a couple of the lights flickering away and it had a dirty, wet floor, which was one of the key psychological levellers for us. Suddenly we find ourselves at Selhurst Park and it was difficult, it was odd. Awkward.”

Scales adds: “Fundamentally it is not nice not having your own ground – you feel like a team that has lost a big chunk of its identity without having its own ground and therefore you feel a little bit nomadic and the outside guest at a party when you’re there. It is an awkward feeling but by and large you don’t really think about it and you get used to the routine very quickly. That whole move from Plough Lane was very detrimental to Wimbledon as a club.We know the hoo-ha with the ground being sold and what happened but I think that was so much the beginning of the end, the move away to Selhurst.”

Coventry-Birmingham has never been the fiercest of rivalries – they share a mutual dislike for Aston Villa – and relations between the clubs have understandably blossomed, particularly at boardroom level. Before kick-off several pubs will be open to both sets of supporters and, at half-time, the clubs’ community trusts will do battle in a five-aside game.

The match, including mandatory segregation, is expected to be a sellout, meaning the attendance will comfortably be Coventry’s biggest at the stadium this season, more than double the 8,085 that attended their League One match against Ipswich in December. Home crowds struggled to surpass the 2,000 mark during 2013-14 at Sixfields but this season, undoubtedly aided by the impressive strides the team have made under the manager, Mark Robins, they have averaged around 6,000, with a healthy number of Coventry fans regularly making the 22-mile pilgrimage.

There is also a hint of irony in Coventry, homeless following a messy divorce from the Ricohthat included a protracted legal row, playing host at a stadium that Birmingham sold to their owner Paul Suen Cho Hung’s parent company for £22.8m to reduce losses with the Football League’s financial fair play rules in mind.

Coventry are fourth in the league and unbeaten in seven matches but how many fans would they attract to Birmingham if they were rock bottom? “Robins is, in my opinion, the best manager we have had since we won the FA Cup in 1987,” says White. “But we need to be clear that the owners of the Ricoh, Wasps, and the owners of Coventry, Sisu, need to get together to do a deal to bring us back to the city. We are the only team in the Football League where, frankly, we don’t know where we are playing next season.” 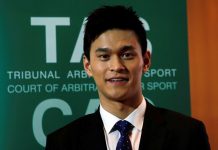 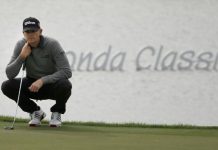 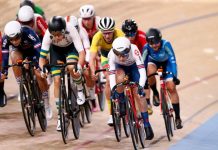 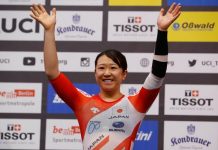