HOMEOWNERS could see their energy bills soar if they refuse a smart meter, a climate change minster has warned.

Lord Duncan of Springbank told the industrial strategy committee that households face bigger bills as the cost of maintaining traditional meters are likely to increase.

This is because it will become more expensive for energy providers to carry out manual readings after the majority of customers have made the switch to the new technology.

The government hopes that at least 85 per cent of homes in the UK will have one of the devices installed by 2024.

Energy suppliers have also been set targets that they have to meet as part of the smart meter push, although homeowners don’t have to accept one.

The climate change minister said: “Once you get to the point of moving down from 15 per cent to 10 per cent to nine per cent [still using the old meter system] and so forth, the expense of maintaining these relic meters will be very high.”

SPONSORED CONTENT: How to save £219 a year off your energy bills

BEAT energy price rises year after year with Switchcraft. It’s free and it could save you an average of £219 a year.

News UK has a brand partnership with Switchcraft.

We previously reported how not having one of the devices installed could already be costing you £250 a year.

The roll out has been repeatedly hit by delays – only last month the government extended the 2020 deadline by another four years.

It admitted that only half of households would have had a smart meter fitted by the original deadline.

The estimated costs of the project also shot up to £13.5billion, more than five times the original £2.5billion set aside for it.

Smart meters replace your normal gas or electricity meter and monitors your usage in real time by sending up to date readings to your supplier.

The Conservatives promised the scheme in both their 2015 and 2017 manifestos but it has since been hindered by a number of set backs.

One in three households are reporting problems with their smart meter, with issues ranging from displays not working to devices going dumb, according to uSwitch.

Older Smets1 models have also been found to stop working when households switch suppliers, although this issue should be fixed by 2020.

So far the devices have been installed in 16.6million homes but the roll out has since slowed down.

Lord Duncan also warned the committee that suppliers will feel “the full force of the law” if they miss their roll out targets.

But some suppliers have been found to be “blackmailing” customers into getting smart meters by withholding cheapest deals.

How NHS, police and fire service workers can get up to 60% off supermarket food

The highest and lowest paid jobs 2019 – is yours on the list?

WAIT TILL THEY SEE INSIDE

Home listed for just £1 sells for £180k despite ‘horror’ interior

READ  What are your rights and what happens if Thomas Cook goes bust or is taken over?

The smart meters are different to smart thermostats, which allow you to control your home’s temperature and lighting via an app.

Hive is one of the most popular of these kind of devices although back in April the system crashed leaving customers without heating.

These are other ways that you can cut your energy bills – here’s our guide to how. 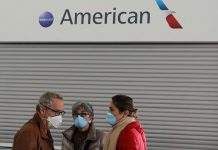 Coronavirus: 'I don't want a flight voucher, where's my refund?' 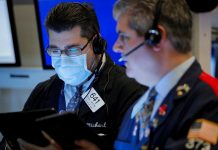 Futures quiet as a torrid first quarter winds down