By Jabeen Waheed For Mailonline

Lucy-Jo Hudson has delightedly revealed she is expecting a baby boy with her new beau, Lewis Devine.

Clearly over the moon about the news, the former Hollyoaks star, 36, who is seventh months pregnant, enthused that she knew it was a boy from the start.

Meanwhile, Lewis – who moved in with Lucy-Jo and her daughter Sienna-Rae Halsall, six, who she shares with ex Alan Halsall, in November of last year – also gushed that he was thrilled that a ‘boy would be carrying on the family name.’ 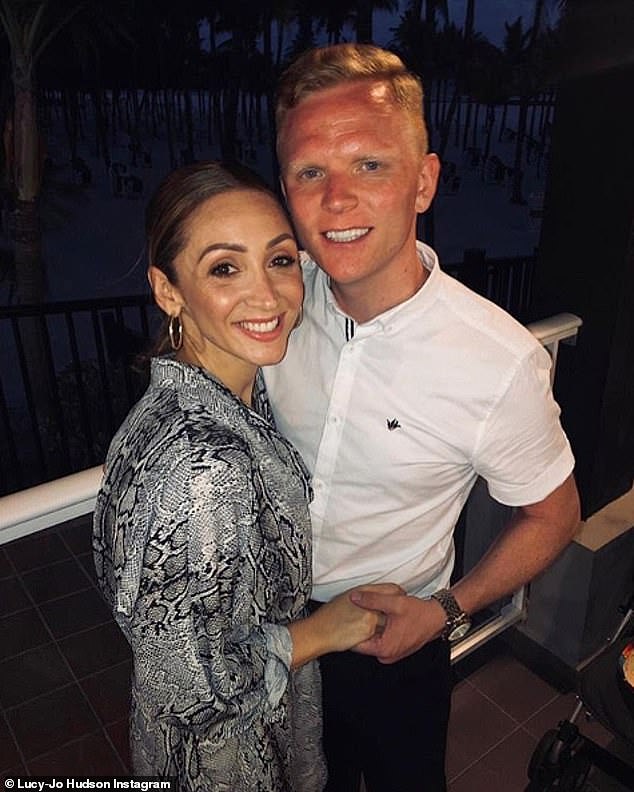 Making the gender reveal to OK!, the soap star – who is due to give birth in early 2020 – revealed: ‘I knew it was a boy from the start! I would have been so surprised if it wasn’t!’

Detailing how her second pregnancy has differed, Lucy-Jo explained: ‘My bump is lower with this little one and everything has been so different, with cravings and morning sickness.’

Lewis also declared: ‘I would have been happy either way but I’m very excited for a boy, it’s a son to carry on the family name.’

Lucy-Jo and Lewis got together last year following her divorce from Coronation Street actor Alan following nine years of marriage.