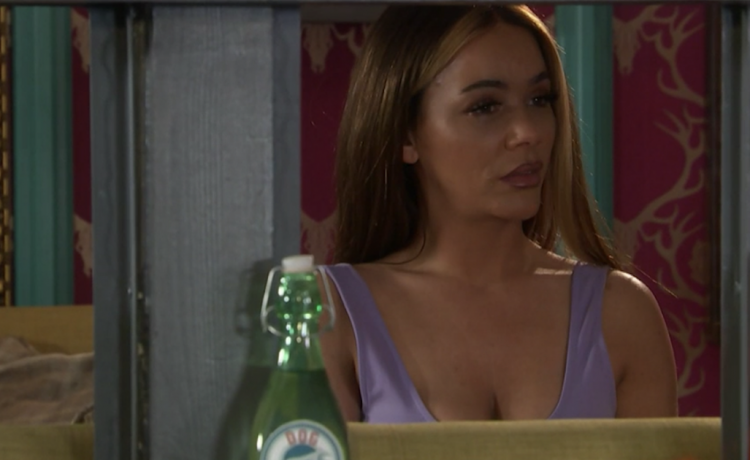 A concerned Romeo feared for his girlfriend Cher McQueen’s (Bethannie Hare) at the start of Friday’s first-look episode on E4 when she told him that she wanted to remove her birthmark with bleach.

The young woman was left devastated when she started receiving hateful comments online about her appearance on her latest social media snap.

Later, Romeo told Cher’s father Sylver McQueen (David Tag) the truth about Cher’s plan to get rid of her birthmark herself.

At the park, emotions were high when Sylver confronted Cher and she told him that if he didn’t help her, she’d go to the extremes.

Sylver agreed to take her for a consultation to get her birthmark removed, and in return she had to delete her social media accounts.

Later in the episode, Romeo told Mercedes that he quits his job in The Dog, as he can’t be there for Cher when he’s preoccupied thinking about their night of passion.

Romeo and Mercedes went on to reminisce about their racy one-night stand unaware that Goldie was in the room.

Fans of the Channel 4 soap are now convinced that there will be an epic McQueen family showdown following the shock discovery.

Taking to Twitter, one fan penned: “Finally the affair was heard about.”

While a fourth social media user predicted: “It’s all going to kick off with the McQueens.”

Hollyoaks spoilers have revealed that Goldie confronts Mercedes over her fling with Goldie in upcoming scenes.

She tells Mercedes that if she doesn’t tell Sylver the truth, she will.

Mercedes and Sylver spent the night together recently when Sylver and Cher went on a father and daughter bonding trip.

As their partners enjoyed a some time together, Mercedes and Romeo ended up keeping each other company and slept together.

While Romeo thought there was something in it, Mercedes quickly informed the village hunk that she regretted her actions.

Will Goldie keep the affair bombshell to herself or will she spill the beans to Sylver and Cher?

Hollyoaks airs weekdays on Channel 4 at 6.30pm followed by first look episodes on E4 at 7pm