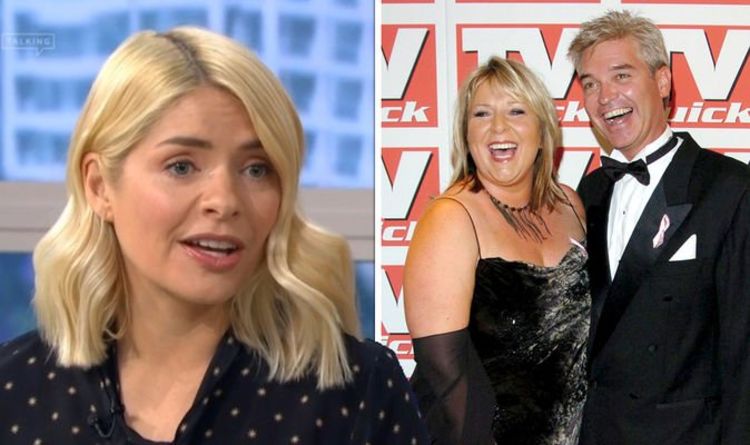 This Morning presenter Holly Willoughby has opened up about joining the show 12 years ago. She was speaking ahead of this year’s BAFTAs with her co-presenter Phillip Schofield.

In a new interview, Holly admitted how when she first joined she was “terrified” of looking stupid.

Asked about what has changed over the past 12 years, she explained: “So much!”

The presenter continued: “When I started, I was terrified. I only ever felt comfortable in cookery and fashion.

“I was so scared of asking important questions for fear of looking stupid.

This Morning was one of the few shows which was able to continue broadcasting throughout the pandemic.

Holly and Phil remained presenting in their London studio, much to the delight of viewers.

Back at the height of lockdown in March 2020, Phillip explained how they were classed as an “essential service”.

He told viewers at the time: “The government has classed us as an essential service for the time being to bring you the latest news on the virus.

“To answer your concerns with our doctors, to offer useful advice and to hopefully lighten the load as only This Morning knows how.”

Elsewhere, Holly has been exploring some new career opportunities as she posted an update on her Midsomer Murders cameo.

She shared a picture to her 7.2 million Instagram followers of her behind-the-scenes on the show.

She penned: “Today is the day… @officialmidsomer … excitement levels off the chart!”

Holly was invited on the show during a live interview with the cast earlier this year.

READ  Sarah Millican: Comedian hits back at fan as she ‘corrects’ them on latest career move

Read the full interview in Radio Times – out now.