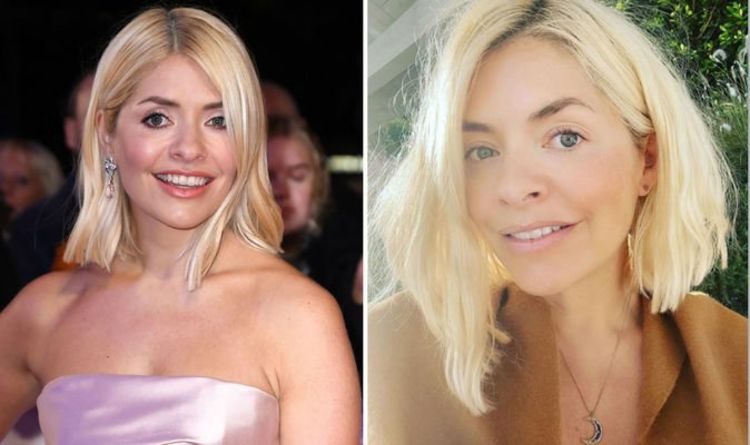 Holly Willoughby has debuted a much shorter haircut than fans are used to seeing her with. The TV presenter looked sensational as she basked in the sun while enjoying time off from work.

Holly, 40, has been making the most of her time off from presenting duties on This Morning, instead, spending the school summer holidays with her children Harry, 12, Belle, 10 and Chester, six.

While Holly and co-presenter Phillip Schofield take time off, Eamonn Holmes and wife Ruth Langsford have stepped in, taking over as full-time presenters over the summer period.

Despite taking a break from her regular work duties, Holly is set to become the star of a new television programme and will appear on The One Show later this evening.

Ahead of her appearance on the show, she revealed to fans that she had completed her morning rituals.

In view of her 7.3 million Instagram followers, the Brighton-born beauty looked sensational as she posed makeup-free for a selfie.

The mum-of-three wore her signature blonde locks in loose natural waves but debuted a cut much shorter than normal, stopping just above her shoulders.

Captioning her post, Holly penned: “Morning meditation complete and breathing in the possibility of a new day… See you on the @bbctheoneshow tonight at 7pm.”

Holly recently sparked fears she had “dumped” Phillip Schofield after it was announced she would be working alongside Bradley Walsh on a new BBC One programme, Take Off.

Earlier this week, alongside a teaser clip on her Instagram page, she penned: “Morning! How are you?… just got sent this through of my new show with @bradderswalsh it’s called Take off… it starts this Saturday at 6pm on @bbc …

“So much fun was had filming this one and working with a total genius/wally.”

However, Holly’s exciting announcement has sparked concern amongst some of her Instagram followers, as they worried for the future of her on-screen partnership with Phillip.