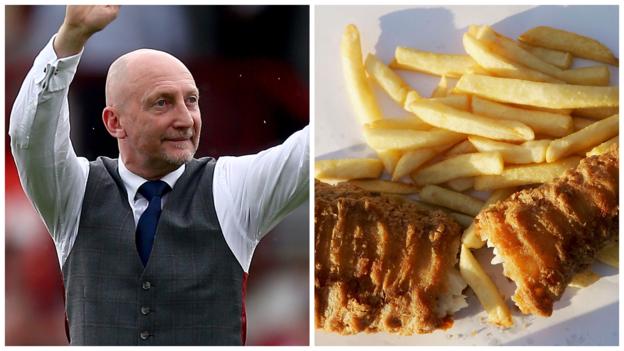 Ian Holloway has been appointed as manager of “unfashionable” Grimsby Town – after holding talks at a fish and chip restaurant in Cleethorpes.

Holloway had been out of management since leaving QPR in May 2018.

The 56-year-old succeeds Michael Jolley, who was sacked on 15 November after a seven-game winless run.

“The board believes securing someone of Ian’s experience and reputation demonstrates our commitment to bringing success back to Blundell Park.”

The Mariners have not won a game in more than three months – a run of 15 games – and have slipped to 21st in League Two, six points above bottom side Stevenage.

Holloway has twice guided teams to promotion to the Premier League, winning the play-offs with Blackpool in 2010 and Crystal Palace in 2013.

He has also managed Bristol Rovers, Plymouth Argyle, Leicester City and Millwall in a coaching career that has spanned more than 23 years.

Caretaker boss Anthony Limbrick will stay on at the club and be Holloway’s assistant.

Fenty says Holloway has committed to the club both professionally and personally, with the experienced manager agreeing to move to the area and even become a shareholder in the club.

But talks took place in a rather unusual place.

“In an initial call to Ian lasting over two hours, it was clear he was interviewing me. He wanted to know about the project, no holds barred,” majority shareholder Fenty told the club website.

READ  Today’s back pages: Premier League heads for civil war over pay cuts, Germany are calling Klopp and Wimbledon is off

“This led to a meeting at Papa’s fish restaurant in Cleethorpes. Anyone who knows Ian will know that his lovely wife Kim is always part of his decision making and she was also with us.

“The interview continued for another four hours, Ian wanted to know even more about the club, its workings and much more.

“Ian and Kim have committed to selling up and moving into the area, seeing Grimsby as a long-term project.

“He will also acquire shares in the club and will commit to attending full board meetings.”

Holloway will be at Blundell Park for Grimsby’s match against Salford City on 1 January as he aims to steer the side away from the drop zone. 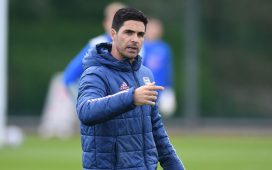