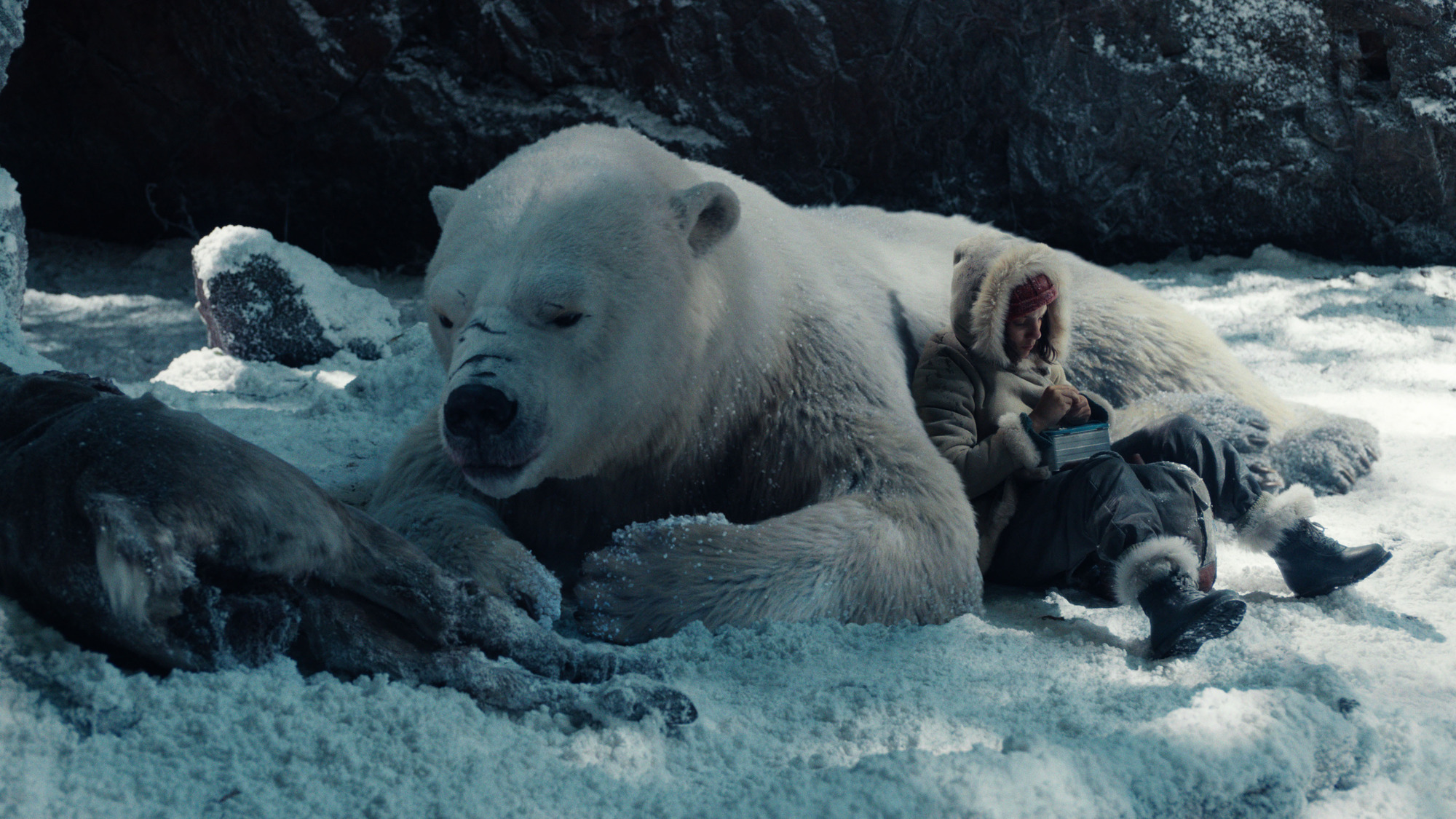 If the fun of last week’s episode sent this adaptation soaring up into the skies, the sad weight of this week’s brought it back down. Lyra’s side mission was characterised by terror and grief, Serafina Pekkala’s first appearance was grave and sorrowful, and our introduction to Will Parry added a sombre social realist thread to this fantastical story.

Stopping the grief from becoming suffocating, there were light moments, and warm ones – at least in Lyra’s world. The relationships she’s forging with the grown-ups around her provide the opportunity for sweet, funny scenes amid the sadness. Lee Scoresby demonstrated a tender, paternal side this episode, a development from last week’s fast-talking joker. Ma Costa continues to be a mother figure to Lyra, while Lord Fa and Farder Coram are showing the same indulgent affection Jordan College’s librarian held for the girl. (Philip Pullman lost his own dad as a child, which may or may not have fed into the creation of so many substitute fathers in the original books.)

Lyra isn’t only a skilled liar, her boldness and ready empathy means she forges bonds with all kinds. Last week she declared herself “practically Gyptian,” this week she said that some part of her “is definitely Bear.” It’s an endearing characteristic in a prophesied hero, an instinct for shared experience.

One of the warmest relationships building is that between Lyra and Iorek. Their cave scene was intimate and involving – all the more remarkable for being between an actor, a voice, and a bunch of polygons – unspooling a little more of Iorek’s backstory and the reason for his shame. He was exiled from his home and his throne was usurped after he killed another bear. Having learned last time that Mrs Coulter played a part in scheming, duplicitous Iofur taking Iorek’s crown, the question of what really happened in Svalbard is another to add to our list of mysteries for solving.

The horrid answer to one mystery – what happens to the stolen children – arrived in The Lost Boy (a title that could apply to both Billy Costa and Will Parry, given his social isolation). The Oblation Board’s experiments, as Lyra glimpsed on those blueprints in Mrs Coulter’s office, cut away a child’s daemon and turn them into a soulless ghost of their former selves. “It’s worse than anything Why would they take someone’s daemon?” Lyra asked Lee Scoresby. Control was his answer.

The abject horror that came from seeing Billy without his daemon reverberated through the – ingeniously designed, did you see how all that rigging sprung into a village? – Gyptian camp, reminding viewers of the sacrosanct bond between humans and daemons (a bond clearly not respected by the doctor who lunged after Pan at Bolvangar, but then, that’s hardly the worst she’s done).

Horror soon gave way to sorrow in the deeply affecting scene when Ma Costa sang a tear-filled lullaby to her dying  son and gave him permission to leave this world and join his daemon. It was satisfying to see so much time devoted to registering the impact of Billy’s death on the Gyptians. The animation work on a grieving Hester and Pan around the funeral pyre was beautifully done. I was so swept up in it all, I almost didn’t even notice the absence of the magnificent Ruth Wilson this week – high praise.

Now it’s just Maggie and Tony in the Costa family, they’re a mirror of sorts of Will and his mother in our world. So many parallels and reflections are threaded through this story about unreachable worlds as close together as heartbeats.

Will’s story wasn’t only set in different world, it was shot differently, colour-graded differently and had a totally different soundscape, creating the feel that we were watching a brand new drama about a young carer and his vulnerable mother. Only the clue of the letters and Will’s mother’s talk of him being extraordinary like his father hinted at the fantastical direction his life’s about to take. Amir Wilson and Nina Sosanya played their scenes sensitively, making you wish they too could have the protection of a Iorek Byrnison against the hideous Lord Boreal/Charles Latrom. Elaine sitting in the dark, waiting for the inevitable to come as the car lights shone into her window, was yet another sad image from this instalment.

The episode may have been sad, but it did gift us with one of the book’s most thrilling images – a Panserbjørn thundering through Arctic scenery at full tilt, with a tiny passenger on its back! Two, in fact, if you add Serafina (played by Ruta Gedmintas) flying off that cliff and through the air with the ease of a swimmer pushing off the wall of a pool. Among the more naturalistic performances from the cast, Serafina’s high fantasy style (“I have much to discuss with my sister witches”) felt a little distancing, but what a look she has.

What a look it all has. Moody landscapes abounded this week, not least in the cliff-hanger at Bolvangar itself, with all its ‘Josef Mengele meets Magdalen Laundries meets Siberian Gulag’ vibes. Now that she’s inside, how is Lyra going to fly over that cuckoo’s nest?

Here are the changes His Dark Materials has made from original book The Northern Lights.