NewsGroove Uk
NewsGroove Uk > TV > 'His Dark Materials': Are you ready to see Lin-Manuel Miranda in a nonmusical?
TV

'His Dark Materials': Are you ready to see Lin-Manuel Miranda in a nonmusical? 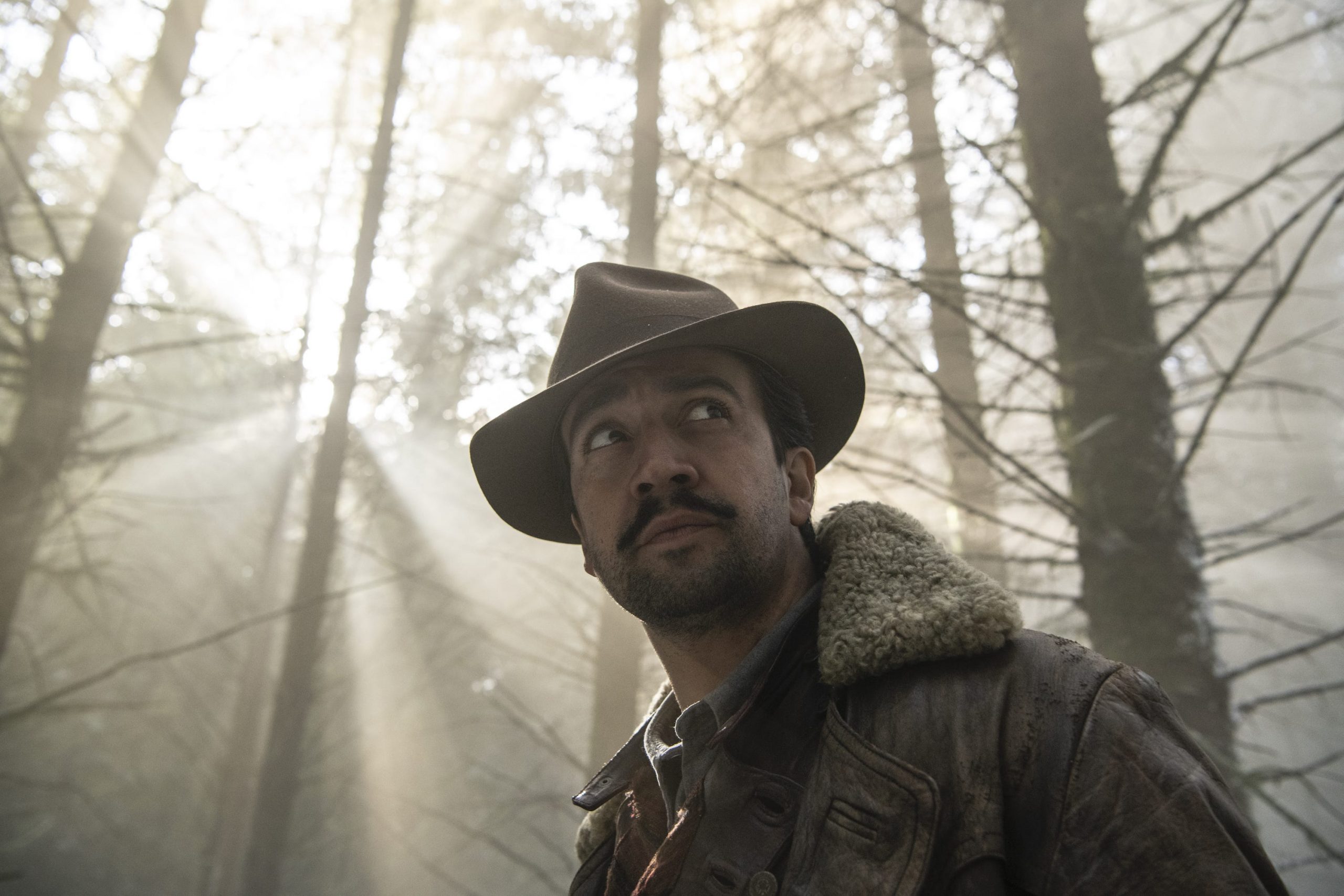 Lin-Manuel Miranda is stepping away from his typical role as a song and dance man. Well, almost.

The multi-hyphenate entertainer (who won a spot in Washington’s National Portrait Gallery) is best known for writing and starring in “Hamilton,” then bringing his writing talents to animated musical “Moana.” He swerved just a smidge in 2018’s “Mary Poppins Returns,” singing and dancing but not writing any of the music. This year, he ventures into a fantasy genre series, HBO’s “His Dark Materials.”

“It wasn’t a calculated ‘now is a chance to stretch my range,’ ” Miranda told USA TODAY in an interview in July. “It was ‘I am also a fan of this.’ ”

Even though “Materials” is a drama, it seems the writers couldn’t help but give Miranda a little ditty to sing as his character, Lee Scoresby, flies into the series  Monday (9 EST/PST). It helps to ease Miranda into the part of Scoresby, a swashbuckling, hot-air-balloon-flying cowboy of sorts, who was portrayed by the deep-voiced Sam Elliott in the 2007 film version of the Phillip Pullman books.

In its fourth episode, Miranda is a welcome addition to the slow “Materials,” which takes place in an alternate, magical world similar to our own. He adds a much needed verve to the series and to the performance of Dafne Keen as young protagonist Lyra. Scoresby meets her during a journey north to rescue her kidnapped friend Roger (Lewin Lloyd) and other children kidnapped by the evil Mrs. Coulter (Ruth Wilson).

USA TODAY caught up with Miranda to discuss the sometimes controversial fantasy story, acting with animal puppets, and one of his many other projects. 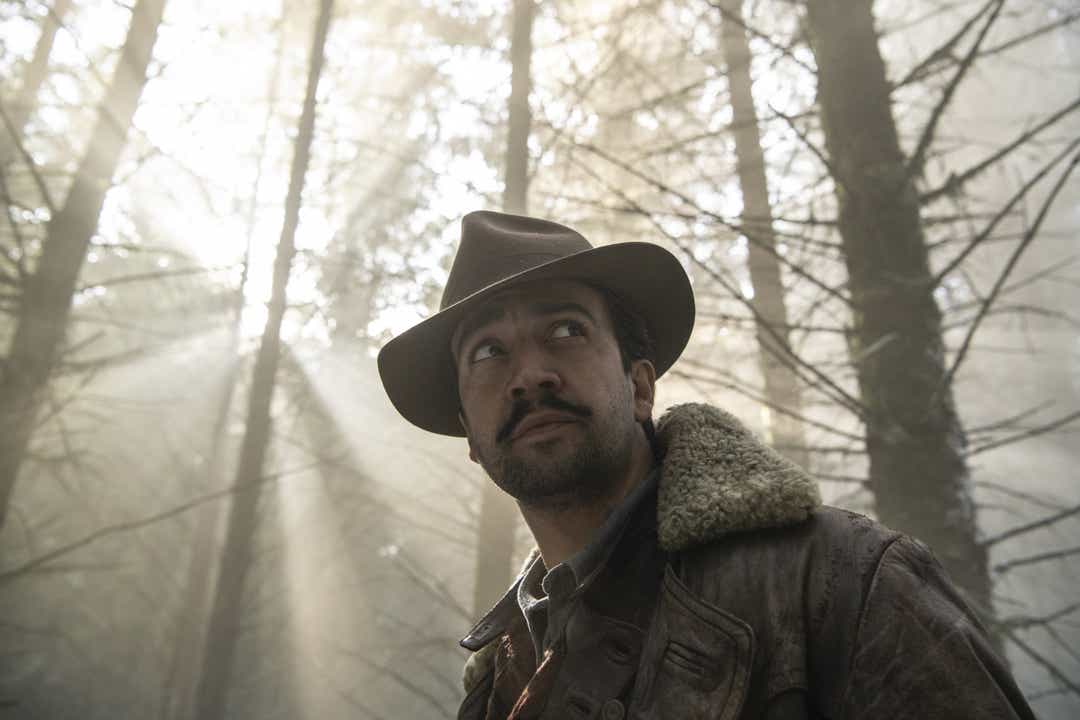 Question: Were you trying to break into something more dialogue-heavy with “His Dark Materials”?

Answer: That sounds like way more planning than I ever put into anything in my life.

Q: Were you surprised when offered the role of Lee Scoresby? It seems to be against your usual type.

A: I was filming “Mary Poppins Returns” when (the producers) took me out to dinner in London. I’m just a massive fan of these books, and when they said Lee Scoresby, I was honestly very surprised, I didn’t know what they had in mind, and I was very surprised that they asked me and it was a pretty easy yes … I’d be kicking myself over whoever else got to play him.

I certainly came in with my ideas. We kind of settled on this Clark Gable-y mustache I’ve got going on here. To me he’s sort of a cross between Han Solo, Gary Cooper in “High Noon” and Bugs Bunny. Literally the three most fun things to play.

Q: Many fans of the books found the 2007 film to be lacking in many ways. Did you think so as well? How are you guys trying to overcome that baggage?

A: It’s tough. They had a dream cast, but they had no time! The books are so rich. You have to introduce this universe where everything is just slightly different, where we have these physical manifestations of our souls called “daemons.” That alone takes some time. What we have that the movie didn’t have is the ability to really plunge into the world all the way.

Review: ‘His Dark Materials’ is not the series fans hoped for, but it’s better than the movie

Q: Your “daemon” is a jackrabbit named Hester, voiced by Cristela Alonzo. How was having a little CGI sidekick?

A: For the daemons we had these incredibly talented puppeteers. … (The producers) had been creating the rules on how we interact with our daemons and how we depict that as they go. By the time I came along in Episode 4, they had kind of worked out the kinks. Every two-person scene in this show is really a four-person scene, because we’ve got our daemons and they’re checking you out and you’re checking them out and we’re checking in with each other. 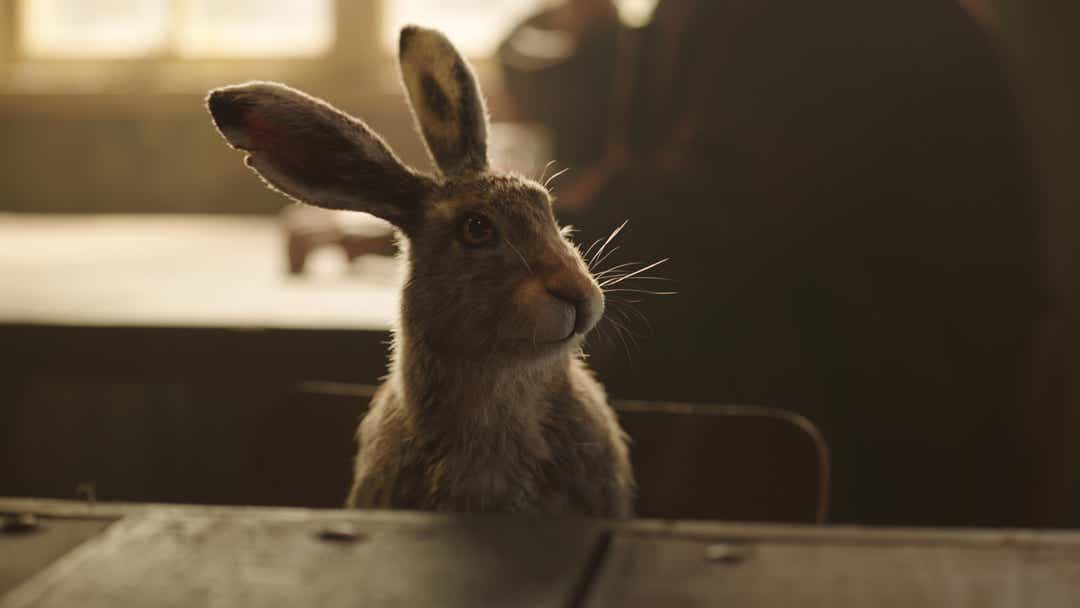 Q: Your breakout musical, “In the Heights,” is being turned into a film directed by Jon Chu (“Crazy Rich Asians”). Has it been emotional to watch that come together?

A: It’s just been the most thrilling experience. … I was watching (early footage) and bawling. … What I’m most thrilled about is that Jon is using all of his post-“Crazy Rich Asians” clout to take a huge swing with this movie. And I’m so grateful.

Q: If you had to give Lee Scoresby a musical, what would it look like?

A: I don’t know, but Lee and Hester in a musical, I’d be into watching that. What’s fun about Lee is that, you think about his life before meeting Lyra, it’s so many twists and turns. We learn that he won his profession, his means of conveyance, his flying machine, in a card game. And the fact that this is a guy who kind of improvises his way through life. That’s a great character for a musical.