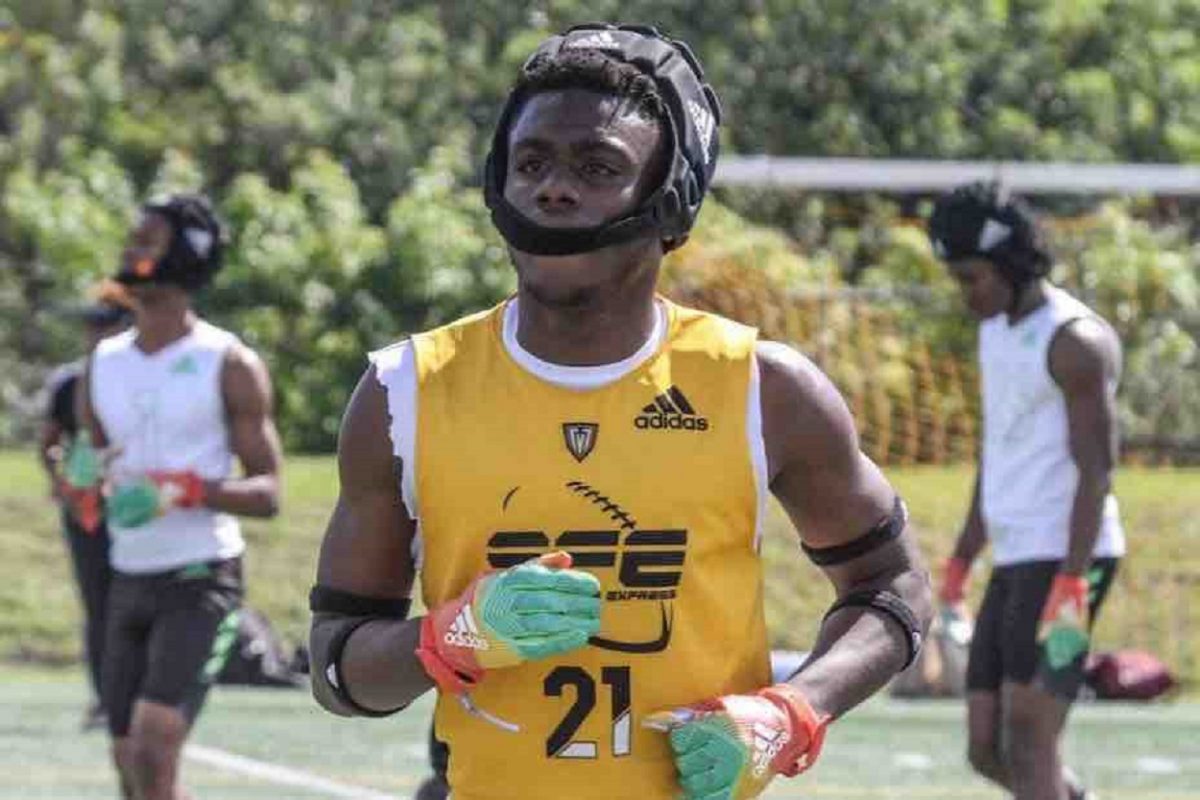 A 17-year-old high school football star was shot to death in Florida after an argument over video games, his mother said.

Joshua Ancrum was airlifted to the hospital on May 21 after a gun was fired. He was pronounced dead that same day.

“There is no one at large associated with this incident. The shooting is an isolated incident and the apparent product of gunplay amongst associates,” the Miami Gardens Police Department said in a statement.

Ancrum was with friends at a house when the shooting occurred. A 16-year-old was arrested and charged with aggravated manslaughter. He was later identified as Jatwan Phillips.

Before his senior season, Josh Ancrum had 4 college offers, including USF and FIU. He also had his whole life, including that outside of football in front of him. A tragedy. https://t.co/yb57JU0LiD

Ancrum’s mother said the shooting came during a dispute over video games.

Lisa Alvarez told WLPG that her son was at the home of a childhood friend when a dispute over video games started and led to the shooting.

“What mother wants to bury their son,” Alvarez said. “It’s supposed to be the other way around.”

“It’s a tragedy,” Carlos Austin, a spokesman for the police department, told the Miami Herald. “This is someone who hasn’t had a chance to live his life.”

Ancrum’s mother said that he worked hard to become a star cornerback at Miami Norland High School. Ancrum had offers from multiple colleges.

He dreamt of playing in the NFL and buying his mom a home, she added.

Alvarez said that the death was painful.

Today we are saddened to find out about the passing of one of our current players. Josh, you’re funny and charismatic attitude will forever live in our hearts. You will never be forgotten and will be missed???? LLJA pic.twitter.com/eKiVbY0g3v

“This pain shouldn’t be held on nobody,” Alvarez said. “They say time heals all pain right? We just got to wait and see how the story ends.”

Ancrum’s second team, the South Florida Express, launched a GoFundMe for his funeral, calling him “a promising young man, with great athletic talent.”

“Today we are saddened to find out about the passing of one of our current players. Josh, you’re funny and charismatic attitude will forever live in our hearts. You will never be forgotten and will be missed,” the team said in a statement.

It’s hard to see parents burying there kids ! Prayers for his family

I grew up with his dad. This hurts man.

Prayers for the family and friends close to this young man. These things are never easy to overcome. You steady question God, asking why so young so much potential. You won’t be forgotten ????

People took to the Internet to react to the death, with many expressing condolences.

“God bless Josh and his family. Prayers and condolences through this tough time,” said one Twitter user.

“May God be with the young man’s family and friends ..and prayers for his South Florida Express brothers as well,” added another.

“Praying for his family, friends and the whole community..soooooo sad!” said another.