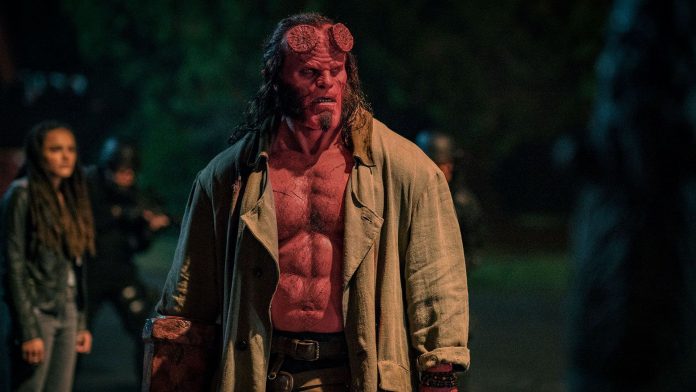 Hellboy actor David Harbour has revealed that he believes the film was doomed from the start, as fans simply didn’t want a new version of the character,

The 44-year-old said the R-rated reboot, directed by The Descent and Game of Thrones helmer Neil Marshall, was always going to exist in the shadow of Guillermo del Toro’s “iconic” pair of movies.

Speaking to his followers via Instagram Stories, Harbour said the movie “failed before we began shooting”.

He said: “I think that people didn’t want us to make the movie.

“Guillermo del Toro and Ron Perlman created this iconic thing that we thought could be reinvented and then they certainly – the loudness of the internet was like: ‘We do not want you to touch this’.

“And then we made a movie that I think is fun and I think had its problems but was a fun movie, and then people were just very very against it.

“That’s people’s right, but I learned my lesson in a lot of different ways.”

Del Toro gave his blessing to the Hellboy reboot in 2017, stating that he was lucky to be able to make two movies and that the character’s creator Mike Mignola was free to shepherd a new version.

Harbour previously acknowledged that Hellboy has “major problems”, but said comparisons to Marvel tend to hurt all other comic book movies.

He said: “The problem that I have with comic book movies nowadays is that I think, and it’s a result of the power of Marvel stuff, it’s like chocolate, it’s a flavour.

“And I sort of want a world where there’s more flavours than just comparisons to chocolate.

“So in that way, when Hellboy is viewed on the chocolate spectrum, it does very poorly.”

Milla Jovovich, who plays the villainous Blood Queen in the movie, also remains a fan and has said she believes Hellboy will become a “cult classic” in the future.

Lea Seydoux: There is a lot of hypocrisy with the Me Too movement

Is a Killer Klowns from Outer Space Reboot Ever Going to Happen?

Wicked movie release delayed and Minions: The Rise Of Gru pushed back to 2021