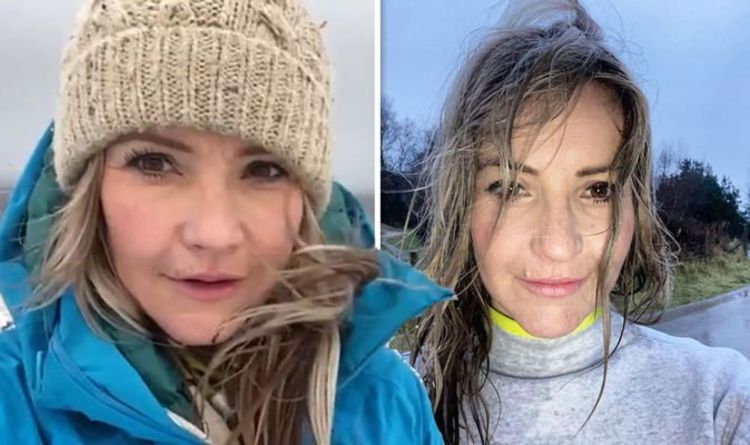 Helen Skelton, 37, attempted to shield herself from the cold winds and freezing temperatures as she shared a candid clip. It comes as the Countryfile presenter filmed herself stood on the snowy hills of Crompton Moor in north west England while filming the BBC programme.

Helen sported a beige beany hat and was wrapped in a blue waterproof coat as the snow trickled down around her.

In view of her 129,000 Twitter followers, she wrote: “Storm Christoph making himself known. Countryfile on Crompton coming soon @BBCCountryfile.”

The BBC star shared the clip in slow motion which gave a distorted sound of heavy winds in the background.

While she didn’t give away any details on the latest Countryfile episode, Helen revealed it will be airing soon.

The former Blue presenter took to Instagram to address the “carnage” she endured during her journey home after heavy snow disrupted the roads.

Helen posted a wintry snap of some trees she drove past covered, which were covered in snow.

In view of her 228,000 followers, Helen captioned the image: “Be careful out there…

“If you’re having to leave the house stay safe the roads in Leeds are carnage.”