NewsGroove Uk
NewsGroove Uk > TV > HBO's 'Plot Against America' is set in 1940, but fear of 'the other' resonates today
TV

HBO's 'Plot Against America' is set in 1940, but fear of 'the other' resonates today 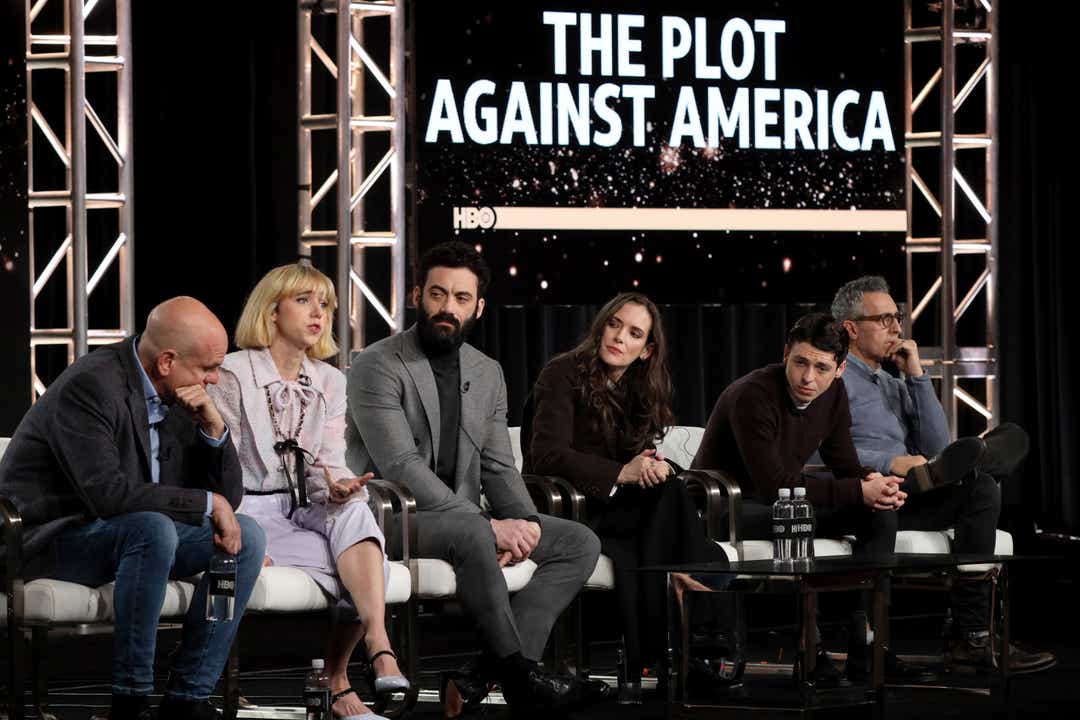 PASADENA, Calif. – David Simon has no interest in adapting Philip Roth’s “The Plot Against America” as simply a reimagined history in which Charles Lindbergh rises to the presidency amid rising anti-Semitism in 1940.

“If you’re taking it literally, there’s not too much point to (adapting) that book, although anti-Semitism is resurgent. But it’s resurgent in the context of fear of the other down the line, hostility against immigrants, against immigrants, Islamophobia,” said executive producer Simon, speaking about the HBO limited series adapted from the 2004 novel at the Television Critics Association Wednesday. “Plot” premieres March 16 (9 EST/PST).

“Defining people as less American because of their cohort is disastrous for what America (purports) to be,” said Simon, known for such hard-hitting dramas as “The Wire,” “The Corner” and “The Deuce.”

The six-episode “Plot,” due March 16, imagines American history during World War II from from the perspective of a working-class Jewish family in New Jersey watching the political rise of Lindbergh, a heroic aviator and xenophobic populist. It stars Winona Ryder, John Turturro, Zoe Kazan, Morgan Spector and Anthony Boyle.

Simon, who met Roth before his death in 2018, said Lindbergh was both a hero for flying across the Atlantic “in a little plane … at great personal risk” and an anti-Semite enamored with fascism and that Roth’s book imagined what might happen if that kind of charismatic person became a leader.

What Simon finds chilling today is that we “don’t need a great American hero to sway our foundations” in terms of politics and morals. It’s “not merely because of our current political administration (and) not only in America, but internationally you’re seeing it in terms of populism and nationalism and the rise of xenophobia. That’s the reason this got made.”

Perhaps unintentionally, Simon ended up with a diverse and inclusive cast even though, based on Roth’s life and perspective, he first thought, “Everybody’s got to be Jewish. We’re going to have a minyan,” a gathering of Jewish men for public worship, he joked.

“But by the time we were done assembling the best cast, we had some of the tribe, but Anthony is right out of Belfast. He didn’t bring the accent until the wrap party,” Simon said.

Boyle chimed in: “Every time I would say a Jewish word, I would see David in the corner having a heart attack.”

Simon then pointed to Turturro, who is of Italian heritage. “Let’s face it, [Turturro’s] finally played a rabbi” after playing many Jewish characters, from Primo Levi in “The Truce” to Bernie Bernbaum in Joel and Ethan Coen’s “Miller’s Crossing.”

“Six of these now,” he said of Turturro’s roles playing Jewish characters.

“John and I did 23andMe,” Kazan said. “And we had a very small percentage.”