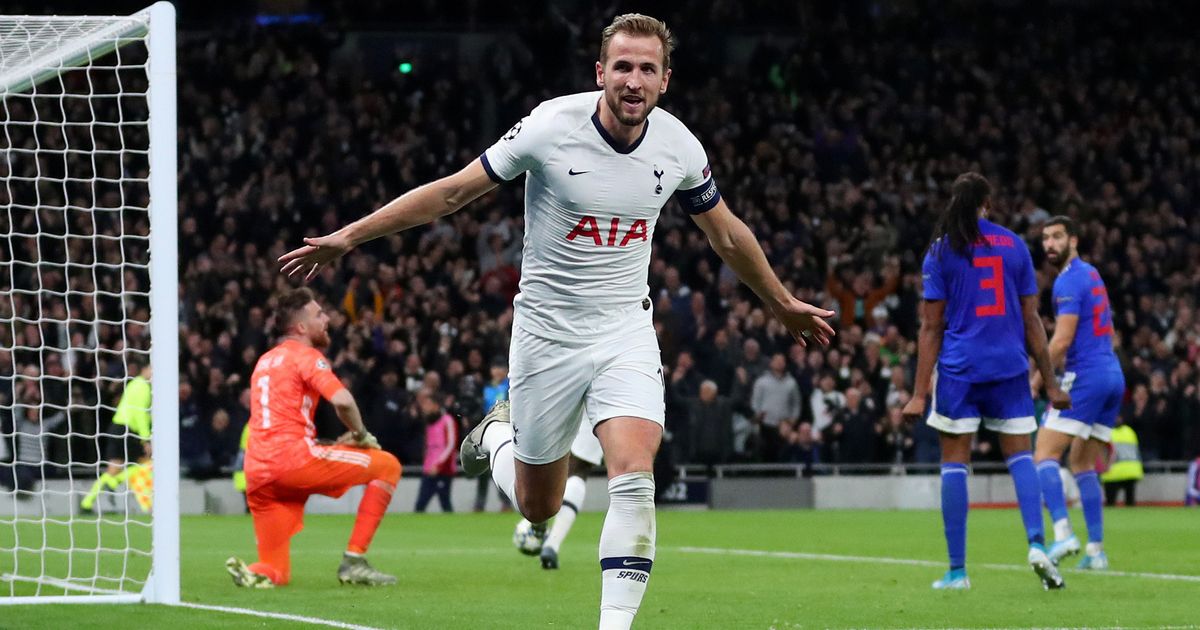 Harry Kane became the fastest player to score 20 goals in the Champions League during Tottenham’s victory over Olympiakos on Tuesday.

The England striker found the net twice as Spurs overturned a two-goal deficit to beat the Greek side 4-2 in Jose Mourinho’s first home game since taking charge of the club.

The double against Olympiakos on Tuesday means that the Spurs star has scored six goals in the Champions League this season – already surpassing the five he managed during the competition last year.

Mourinho’s side didn’t have things all their own way as they quickly fell behind to goals from Youssef El-Arabi and Ruben Semedo in the first 20 minutes.

However, Dele Alli pulled a goal back for the hosts on the stroke of halftime when he turned in Serge Aurier’s low cross from close range.

Kane pulled his side level shortly after the restart with a first-time finish after Lucas Moura benefited from a quick throw on the right and pulled the ball back across goal.

Spurs took the lead for the first time in the game with just under 20 minutes remaining through an excellent Aurier finish before Kane headed home a fourth just a few minutes later to complete the turnaround.

The victory ensured that Tottenham booked a place in the knockout stages, with the North London club guaranteed to finish second behind Bayern Munich in Group B.

Spurs return to Premier League action over the weekend when they host Bournemouth , with Mourinho’s side 10th in the table with 17 points.