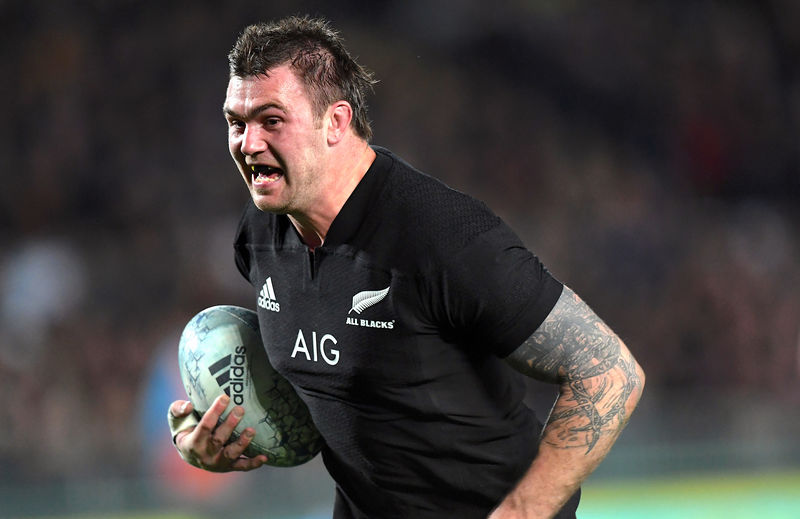 The starting blindside flanker opted out of the Rugby Championship after an injury-blighted Super Rugby campaign but has put his hand up for a ticket to Japan after returning at provincial level, local media reported.

Squire’s absence forced Hansen to try out a number of his backups, with Ardie Savea taking the number six jersey in the two Bledisloe Cup tests against Australia after Vaea Fifita started in the position against Argentina.

While Squire’s withdrawal raised eyebrows in New Zealand, it drew only praise from Hansen, who saw it as a selfless act and said the 23-cap flanker need only call him when he was ready to return.

For all the player’s pedigree, selecting Squire will require a leap of faith given his injury history and the time elapsed since his last test against Ireland in November, 2018.

Savea’s ability to play all three loose forward positions should ensure a place in the squad, so Squire’s selection would likely relegate Fifita and Luke Jacobson to World Cup spectators.

With injured lock Brodie Retallick and centre Ryan Crotty expected to be included, Hansen may have up to six players to cut from the squad of 34 that he named for the last two tests against Australia.

Centre Ngani Laumape may be among the unluckiest, with fit-again Sonny Bill Williams (NYSE:) a Hansen favourite and quality midfielders in Jack Goodhue and Anton Lienert-Brown almost certain to join Crotty.

Lock Jackson Hemopo is also likely to be cut, with Hansen to opt for Patrick Tuipulotu and Scott Barrett as the backup second row options behind Retallick and Sam Whitelock.

Veteran prop Owen Franks’s place has been under scrutiny after subdued performances during the Rugby Championship, and he was dropped for the 36-0 win against the Wallabies at Eden Park.

But Hansen is expected to stick with the twice-World Cup winner at the expense of the inexperienced Atu Moli.

Rising talent Braydon Ennor is also likely to miss out due to a surfeit of classy outside backs in the squad including George Bridge, Ben Smith and Sevu Reece.

The champion All Blacks open their World Cup campaign against South Africa on Sept. 21 and also play Italy, Namibia and Canada.