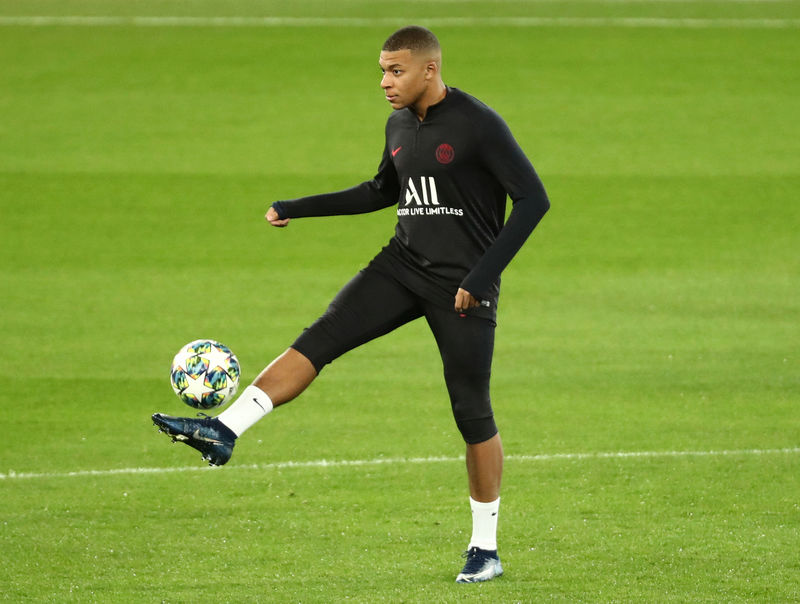 Mbappe, one of the key players in France’s 2018 World Cup triumph, had a trial at Real Madrid as a youngster and came close to signing for the club in 2017 from AS Monaco before eventually joining PSG.

Real have lived to regret failing to land the striker as they have struggled to find a suitable replacement for all-time top scorer Cristiano Ronaldo since he left for Juventus in 2018, and Zidane has never hidden his desire to coach Mbappe.

“I have known him for a long time as he came here for a trial and I have been in love with him since then, first of all as a person,” Zidane told a news conference on Monday.

“He comes here tomorrow as our opponent, we know what type of player he is and we must be prepared.”

Mbappe has struggled with injuries this season but has been remarkably prolific when he has played, scoring eight goals in six starts, and Tuchel said the forward was the club’s present and future, assuring Zidane he would not leave Paris.

“Sometimes the players you love the most are the ones you cannot have, but unfortunately for Zidane he is our player, although I’m sure he has a lot of players who he loves in his team,” said a smiling Tuchel.

“I don’t know how much Zidane loves Mbappe but he is our most important player and we are very happy that he belongs to us.”

PSG lead Group A with 12 points from four games and have already sealed a place in the Champions League knockout stages.

A point or a win against Real, who are second on seven, would clinch top spot and a seeding in the last-16 draw.

The French side crushed Real 3-0 in Paris in September, a game which was missed by Mbappe plus Neymar and Edinson Cavani, but the PSG trio are available for the return at the Bernabeu.