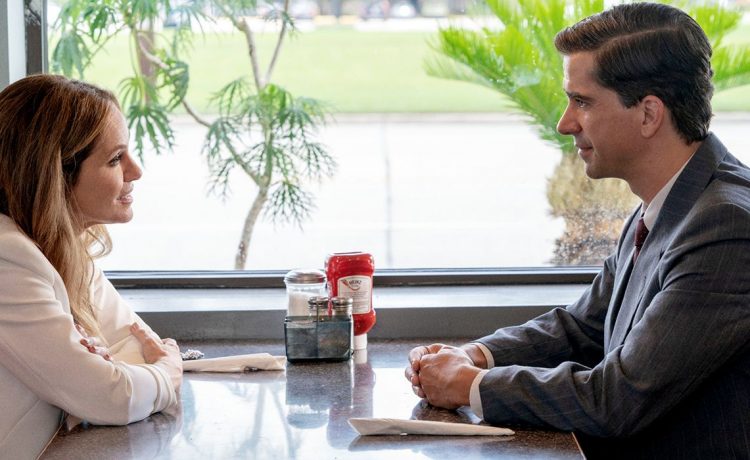 [Editor’s note: The following contains spoilers for Tell Me Your Secrets Season 1.]

From creator/writer Harriet Warner, the Amazon Prime Video crime drama Tell Me Your Secrets follows a trio of intertwined characters – Mary (Amy Brenneman), a grieving mother who’s obsessed with finding her missing daughter, Emma (Lily Rabe), the woman who might have some answers about what happened, and John (Hamish Linklater), a serial predator who’s trying to find some sense of normalcy as he puts his past behind him. Trying to get to the truth is leading Mary to spin out of control with her determination to get to the truth, at any cost, and her actions will have repercussions for everyone around her.

During a virtual junket for the series, Collider got the opportunity to chat 1-on-1 with Linklater about why this project appealed to him, playing a character in search of redemption, the dynamic between the trio of characters at the center of this story, and how he felt about the season ending. He also talked about his experience on Legion, and what it was like to make the upcoming Netflix series Midnight Mass with Mike Flanagan.

Collider: When this came your way, what was it about this project that appealed to you?

HAMISH LINKLATER: There were a lot of elements that drew me to it. As it turned out, Lily [Rabe] was doing it, so any opportunity to work with her, but it started with the writing and the character. I hadn’t played a character like that on film, and I didn’t know where it was gonna go or if I’d be able to do it well, so it seemed like a really worthwhile journey to go on.

With a character like this, is it challenging to figure out where to start?

LINKLATER: What’s great about a character like this, to quote Anna from Frozen 2, you’re just trying to do the next right thing. It’s a beautiful number. It’s one of my favorites. It’s a wonderful soundtrack for playing this part. He’s seeking redemption. He’s trying to get away from his past. I tried not to know too much about what was actually in that past because my hunch was that someone like him would try to compartmentalize that. All the way through it, he thinks he’s working for this wonderful woman with this wonderful foundation and he couldn’t be doing a better job at righting the wrongs that he did in his past. It turns out that path for redemption is stunted with many reversals.

You’ve been in this business for a bit, so I would imagine you read a lot of scripts. Where’s your bar set, when it comes to looking for a project? Do you feel confident that you can see potential in something, even if it’s not all on the page?

LINKLATER: All jobs are usually a combination of things, since you very rarely read a script where you’re like, “Oh, the writing alone.” Sometimes then, you go and do a Shakespeare adaptation and you’re like, “Woah, what a writer!” Not that that’s ever happened to me, but I’ve read stories.

This show has taken a bit of a journey itself – it was picked up for one network, you shot it and it hung around for a bit, and now it’s streaming at Amazon. Did you ever worry that the show would never see the light of day, or did you always feel like it would find a home?

LINKLATER: I thought it was too damn good not to get the right platform and the right audience. There’s just shit that’s out of your control. You can’t take it personally that your fantastic performance isn’t being shown immediately when major corporations are taking each other and jettisoning executives and things like that. One does because one’s an actor and not that smart. It’s so great that it’s streaming and there are a lot of eyeballs on streaming subject matter. At least my eyeballs are on streaming subject matter right now because I’ve watched paint dry for the last nine months and it’s just not that entertaining.

I love that at the center of this show, there are two very interesting, but very different women and you’re stuck in the middle of the two of them. What did you enjoy about that dynamic?

LINKLATER: Yeah, everyone is all spread out, before everything merges. It was odd because Lily and I are living together with a child, but there was always one parent at home because our stories were different and we were shooting at different times. We shared a crew, we shared directors, and at home, we kept our daytime separate too, so that we didn’t totally know as much as the characters do. Amy [Brenneman] is the easiest, most delicious hang in the world. That chemistry that John and Mary don’t want to have was undeniable between Amy and I. It was a great thing to try to repress, during our scenes together. Mary sees so much of the darkness that she’s afraid of in John, and John sees so much of the life he wishes he had in Mary, but they’re both wrong about each other.

It’s so interesting that these characters all affect each other so deeply, and yet they’re not even really together.

LINKLATER: Yeah. The show was able to do that successfully, to have to have three people in three different places and still have it feel like the screw is tightening.

What was your reaction to learning how the season would end and where things would be left, especially with your character?

LINKLATER: I signed a one-year deal, going into this. I don’t know if I’m allowed to say that, but it’s true. And as it was going along, I was like, “Pease don’t kill me. I’m having too good a time. Keep me alive.” But we didn’t know how it was gonna turn out. I think that there’s a weird inevitability to where Emma ends up. She’s running and running and running, and then is gonna become the pursuer in the next chapter. It makes sense.

I also loved Legion and the work that you did on that show. That was such a beautiful series and a fascinating character exploration. Do you feel differently about that show now, looking back on it as a whole, than you did when you started out on it and were actually in production on it? Does it does having the full picture of that change how you feel about it?

LINKLATER: I don’t know how much Noah Hawley had planned and if he knew the length and shape of it, but it’s so great working with a writer of that confidence. I feel the same way about Harriet [Warner]. They let the show inform its own creation. How can it possibly be that we’re watching the origin story of a supervillain, which starts with them being the superhero? Why didn’t we see that coming? We should have seen that coming.

RELATED: Noah Hawley on the ‘Legion’ Series Finale and Making a Different Kind of Superhero Show

You also did Midnight Mass with Mike Flanagan. When I spoke to Kate Siegel about that, she said she was having the time of life on that. What was that experience like for you?

LINKLATER: We finished that just before Christmas. It was really so wonderful because it was such challenging circumstances. That’s a wonderful creator, in Mike Flanagan, and he put together a wonderful ensemble of people. We were all in our Canadian lockdown, all the way from home, in these foreign homes. You’d come to work and you take off your PPE for long enough to do a scene, and then put yourself away again. It was wild. We were in this shutdown situation, and then we were actually allowed to do the jobs that we love to do for a brief second. It was just such an exhale. It really was a wonderful experience.

Tell Me Your Secrets is available to stream at Amazon Prime Video.

KEEP READING: Amy Brenneman on ‘Tell Me Your Secrets’ Ending Twists and Working With Damon Lindelof on ‘The Leftovers’

“It’s been a very, very collaborative process, this one.”

Christina Radish is a Senior Reporter at Collider. Having worked at Collider for over a decade (since 2009), her primary focus is on film and television interviews with talent both in front of and behind the camera. She is a theme park fanatic, which has lead to covering various land and ride openings, and a huge music fan, for which she judges life by the time before Pearl Jam and the time after. She is also a member of the Critics Choice Association and the Television Critics Association.