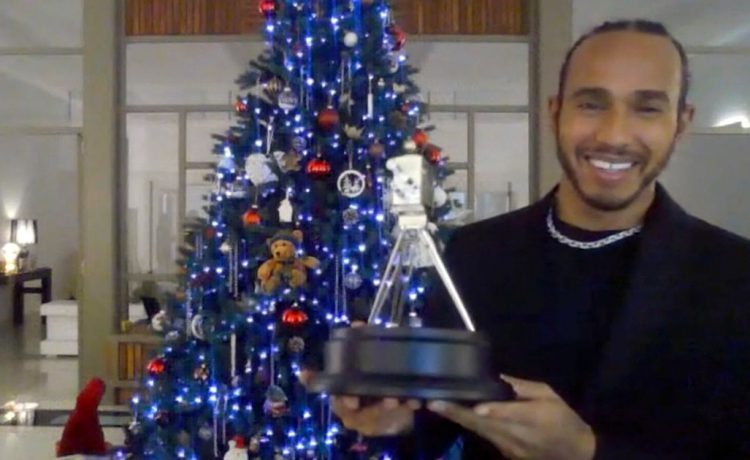 Hamilton became the fifth person to win the award more than once, adding to his triumph in 2014, while he has also finished as runner-up four times.

The 35-year-old drew level with Michael Schumacher by clinching a seventh Formula 1 World Championship this year.

He also broke the German’s record of 91 race wins during a stunning season with Mercedes which saw him finish 124 points clear of nearest rival Valtteri Bottas.

Henderson finished as runner-up in the voting after captaining Liverpool to the Premier League title last season, ending the Anfield club’s 30-year wait to once again be crowned champions of England.

And Doyle came third after a stunning year in the saddle in which she broke her own record for the most winners ridden by a British women in a year.

Reflecting on his achievement, Hamilton told the BBC: “I want to say congratulations to all the incredible nominees.

“I’m so proud of what they have achieved I want to say thank you to everyone tat has voted for me.

“I wasn’t expecting this knowing there’s so many great contenders.

“I want to say Merry Christmas to everyone – it’s been such an unusual year and I want to mention all the front line workers and all the children round the world.

“I want you to try and stay positive through this difficult time, I’m sending you all positivity. Thank you from the bottom of my heart.”