You don’t get a fabulous figure like Halle Berry’s without putting in the work, especially during these months of quarantine.

To help motivate both herself and her 6.5 million Instagram followers, the Academy Award-winning actress has been posting exercise and diet tips as part of her #FitnessFriday posts for more than two-and-a-half years.

And on Friday, as people in the US get ready for the long Labor Day weekend, Berry decided to incorporate her six-year-old son Maceo into all the action. 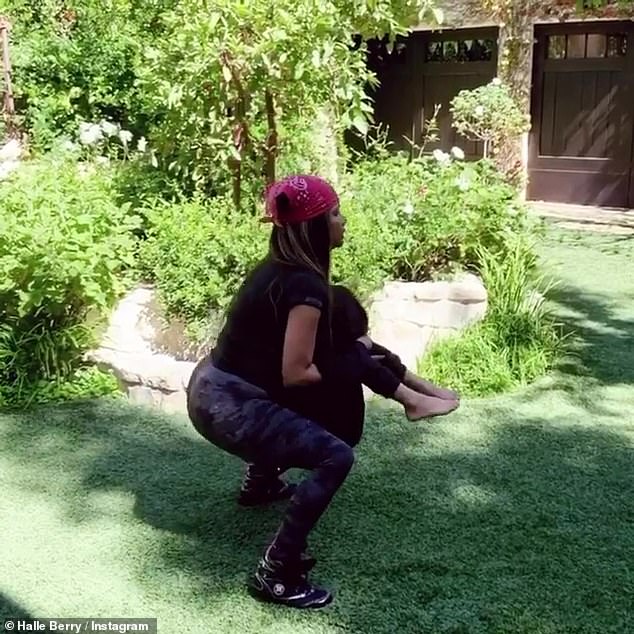 Getting creative: Halle Berry, 54, used her six-year-old son as a weight for her #FitnessFriday post on September 4

The X-Men star, 54, shared a video of herself doing squats while holding up her boy, whom she shares with ex-husband and actor Olivier Martinez.

‘Happy #FitnessFriday! With all the chaos that comes with virtual online learning, it can be difficult for little kids to stay energized and engaged,’ the mother of two began in the caption of the quick video.

‘So today, I thought I would throw my son Maceo into my workout! Fun for him and *necessary* for me ! Check stories for my exclusive at home kiddie workout! – Enjoy the long weekend!’ 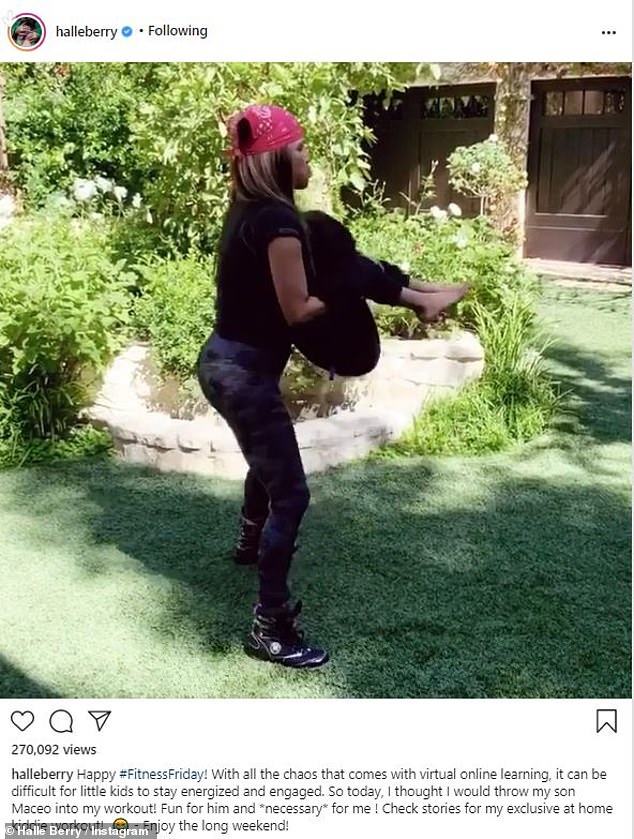 The motive: The Oscar-winning actress decided to incorporate Maceo into her workout as a way to energize him to stay engaged during these more sedentary times in quarantine

Working it: The Monster’s Ball star showed perfect form while demonstrating a traditional squat with her boy firmly in her arms

In the video, Berry showed perfect form as she squatted down with consistency, one-by-one, as she cradled Maceo from under his legs.

She showed off her toned curves in skin-tight black leggings and a black t-shirt and sneakers.

For an added touch of style, the Ohio native also donned a red bandana over her long brown and blonde tresses.

The actress began sharing her #FitnessFriday tips in January of 2018, according to PopSugar.

#FitnessFriday: Berry has been sharing her exercise and diet tips since around January 2018

She reportedly learned many of her techniques and eating habits from her longtime trainer, Peter Lee Thomas, who’s been working with the star for about four-years now.

About two years into their workout regimen, Thomas credited the star’s commitment to health, wellness and workouts for staying in tip-top shape.

‘I had no idea what her age was when I met her,’ he said of Berry, who was about 50 at the time, in an interview with People.

‘I never looked or was interested in that and when I found out I was absolutely shellshocked because she has the discipline and athleticism of a 25-year old.’ 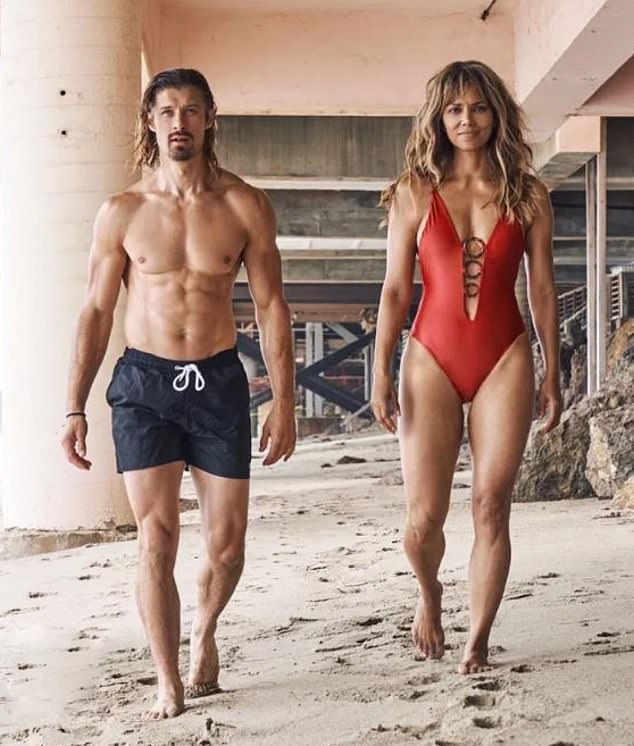 Paying it forward: Berry learned many of her exercise techniques and healthy eating habits from her trainer Peter Lee Thomas, whom she been working with for about four years

Single Kelly Clarkson admits she checked out guest Joel McHale’s BUTT on her show and says ‘they caught that on camera!’

Kim Kardashian is 40! Her family wishes a happy birthday to the star