Gwen Stefaniis not here for people calling the Harajuku Girls an act of cultural appropriation.

When the concept of Harajuku Girls was first revealed 15-years-ago, it was an immediate hit in the pop culture world. Gwen and her entourage of Harajuku Lovers essentially created a fashion revolution by giving the people the L.A.M.B. clothing line, popular fragrance collections and so much more.

But as years have passed, it seems the world’s newfound understanding of cultural appropriation has changed the way people view the brand. No longer is it fashionable to use a culture to create one’s own company.

However, in a new interview, the No Doubt singer says the Harajuku Girls meant so much more to her than that. “When it first came out, I think people understood that it was an artistic and literal bow down to a culture that I was a superfan of,” she explains to Billboard. “This album was like a dream. I went in thinking I’m going to make something that could never be possible—me doing a dance record—come true.”

Gwen goes on to explain that she solely created the Harajku Lovers with the intention of bring to life a “concept,” in addition to “having fun.” With that in mind, Gwen says that the thought of demeaning the asian culture was “horrifying.”

Moreover, the city of Harajuku genuinely has a place in her heart, which is why she “wanted to write a song that talked about my love for Harajuku.”

“When you’re from Anaheim and never traveled outside of your city until you’re 21 years old, it was really crazy to go to Japan… When I got there and saw how fashion-obsessed they were, I thought they were my people, because my style was so unique,” she shares.

That being said, the musician understands where people are coming from. However, she hopes they understand where she’s coming from too. The star, who was recently honored with the Fashion Icon Award at the 2019 Peoples’ Choice Awards, says she does get “defensive” about the Harajuku Girls because she appreciates the culture and what she’s learned. She explains, “If we didn’t allow each other to share our cultures, what would we be? You take pride in your culture and have traditions, and then you share them for new things to be created.” 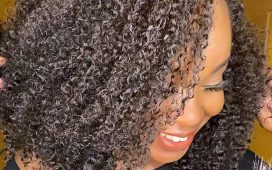 The Music Moments That Have Defined M.I.A.'s Career

Adam Henson farm: Where does the Countryfile star live?

After more than a decade of eroding workers' rights, it's time for a proper new deal

Best cat toys for 2020 to keep your feline friends happy