Guitar Elvis played when he returned after seven years making films sells for £450,000 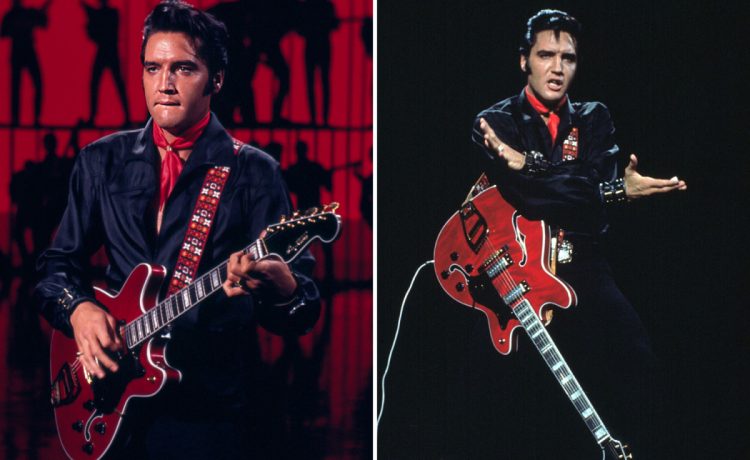 THE guitar Elvis played when he returned after seven years making films has sold for £450,000.

The “King” liked its red colour against his black clothing.

He is also seen with the guitar on the cover of 1969 album From Elvis in Memphis.

He returned it to Casey, who sold it on.

Brigette Kruse, of LA’s GWS Auctions, said: “This isn’t just any Elvis guitar, it is the Elvis guitar that helped launch his comeback.

“This guitar was owned by Al Casey who performed with Elvis.

“It wasn’t the guitar they were going to use for the show but the colour of it – lipstick red – was so vibrant against Elvis’ black clothing that he insisted on playing it.

“It is such a unique and phenomenal item that was so important in Elvis’ career. There is nothing to compare it to.”