HEARTBROKEN parents have told how their “healthy, beautiful” ten-month-old baby went to sleep and never woke up.

Daniel Karshe said he put his daughter Primrose to bed as normal on November 18, and checked in later to find her sleeping peacefully at 3am.

But when he returned to wake her up for breakfast he realised something was wrong.

“The day before was a normal day. She was healthy, happy, playing with the boys.

“At 8.30am Becky was doing the boys and Primrose breakfast and she said for me to go and wake Primrose up. She loved to sleep – she wouldn’t wake up if you didn’t wake her up.”

Daniel told how he “tickled her foot” to wake her up – only to discover she was no longer conscious.

“When I found her she was gone and everything changed,” he said.

“We went outside to do CPR – I couldn’t speak at all. It took me hours to speak.

“Becky was on the floor trying to give her CPR. At the moment we are numb and in shock.”

Daniel, 30, and partner Rebecca Price were left screaming as their neighbours in Blaengwynfi, Neath Port Talbot, rushed out to help, but were unable to save their lifeless child.

Rebecca, 26, said: “They found no cause [of death] and we won’t find out for a minimum of six months. She is currently being tested for any underlying blood problems.

READ  A mental health diagnosis is only a start. It can never tell a patient's story | Ann Robinson

“It’s like you know it’s happened but you don’t want to believe it. You are not listening to it – you feel like you have lost something but you are not quite sure what it is that you have lost.

“You don’t believe that she has gone – you believe she is in the other room.

“You hear a child cry and get up to make a bottle but she’s not here. It’s like the days go really slow but you are not living those days.

“We never got to say goodbye – she was fine then she was gone and you question everything. What if you went up at six o’clock instead of half eight?”

The devastated parents say their two sons have also been affected by the death of their little sister, and haven’t yet been able to go return to school full-time.

“She would light up a room – every person who came into contact with her immediately loved her because she was so small and full of brightness. She loved pink. She was an absolute angel.”

HEROES ON THE BRIDGE

Gary Rhodes did NOT fall in the shower, reveals friend

The couple – who only moved to the area five months ago – said the support shown by their neighbours had been overwhelming.

Daniel said: “I’ve never known kindness like this – it’s like the whole village is grieving with us. The people here are incredible. It’s the hardest and darkest times we will ever go through.”

You can donate to the GoFundMe page here. 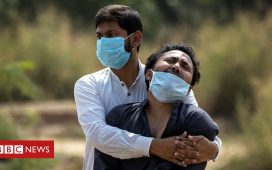 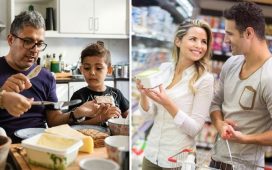 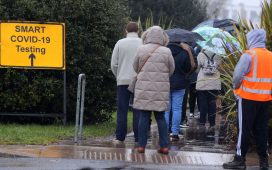 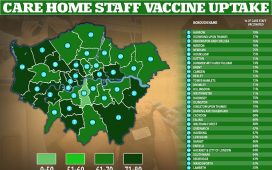