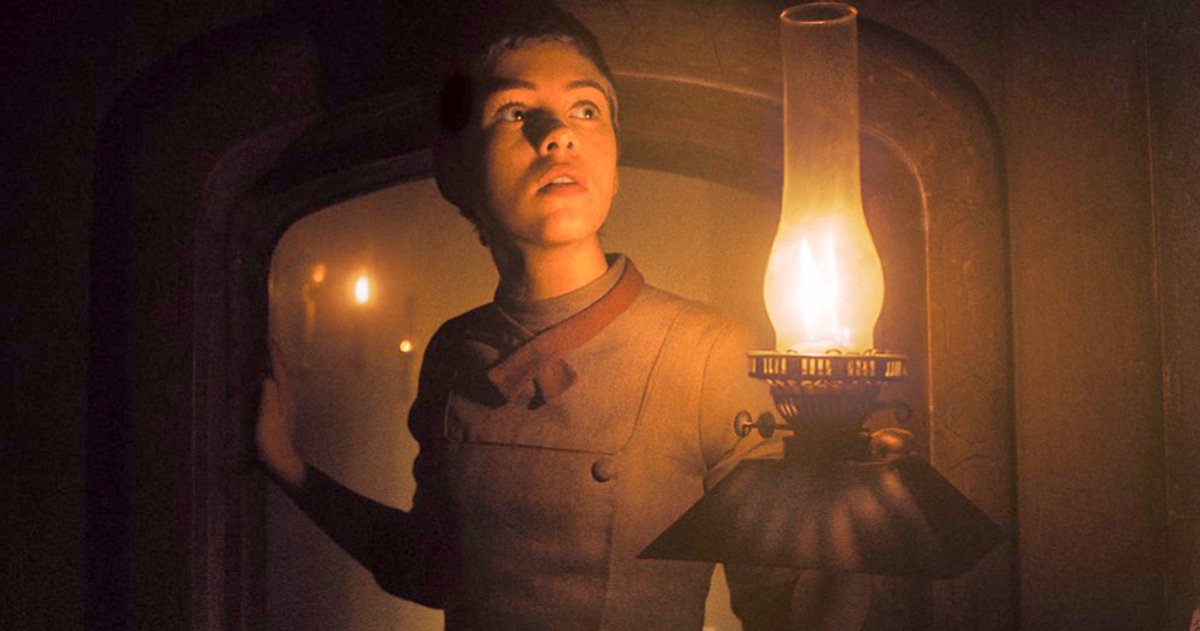 Gretel & Hansel is putting a new twist on the classic fairy tale, pushing Gretel into the spotlight this time around. Today, we have a first look at the movie featuring IT and IT Chapter Two breakout star Sophia Lillis. She looks ready for gothic freights.

Sophia Lillis (IT: Chapter 2) is Gretel in Orion Pictures’ upcoming Gretel & Hansel. Directed by Osgood “Oz” Perkins (The Blackcoat’s Daughter, I Am The Pretty Thing That Lives In The House), the dark reimagining of the classic fairytale we know and love creeps into theaters nationwide on January 31, 2020.

This version of Gretel & Hansel will be a straight up horror movie, giving us something exciting to look forward to in the first month of the year. January used to be a dumping ground for bad movies, but over the last half decade, studios have been using the month to showcase smaller movies and horror hits that have the potential to be early blockbusters.

The movie is introducing Sammy Leakey alongside headliner Sophia Lillis. They will be joined by Charles Babalola, Alice Krige and Jessica De Gouw. Director Osgood Perkins is working from a script by Rob Hayes. Brian Kavanaugh-Jones and Fred Berger are producing the movie alongside executive producers Sandra Yee Ling, Macdara Kellehe.

A long time ago in a distant fairytale countryside, a young girl (Sophia Lillis, It) leads her little brother (Sammy Leakey) into a dark wood in desperate search of food and work, only to stumble upon a nexus of terrifying evil.

From Osgood Perkins, the director of The Blackcoat’s Daughter and I Am the Pretty Thing That Lives in the House, the film also stars Alice Krige (The OA, Star Trek: First Contact), Jessica De Gouw (Underground, Arrow) and Charles Babalola (Black Mirror, The Legend of Tarzan).

At just 17 years-old, Sophia Lillis has already made quite the name for herself in Hollywood. She made her big screen debut in the 2016 drama 37 before taking on the breakout role of Beverly Marsh in 2017’s highest grossing horror movie of all time Stephen King’s IT. She will reprise her role as Beverly this September in IT Chapter Two.

She also starred in the TV mini-series Sharp Objects, playing Young Camille. And she headlines her own franchise with Nancy Drew and the Hidden Staircase, which went straight to Digital, VOD and Home Video. Her next projects include the TV series I Am Not Okay With This and the upcoming drama The Burning Season about a mother and daughter attempting to save Lemurs.

The Hansel and Gretel fair tale has been translated and adapted many times over the years for both TV and Movies, as well as the stage. Hansel & Gretel: Witch Hunters is probably the most well-known and popular of the newer versions. It was supposed to get a sequel but that never materialized. The first image of Sophia Lillis as Gretel in Gretel and Hansel comes direct from Orion Pictures.