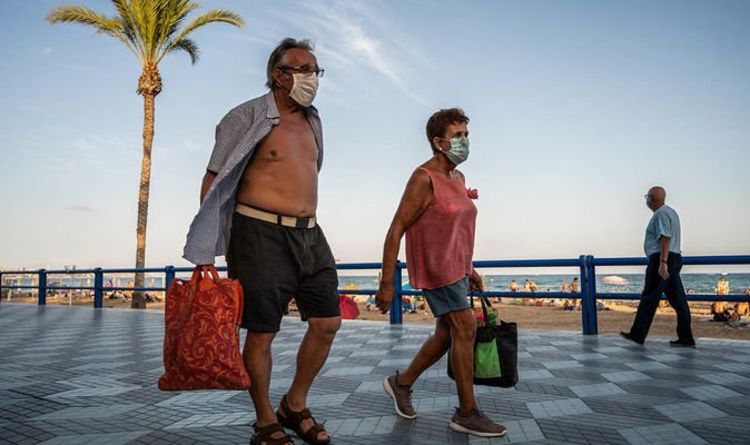 International travel from the UK reopened in May, but with countries rated on a ‘traffic light’ system of red, amber or green, with the colour category determining how easy or available travel to a country will be with coronavirus restrictions in place. This week, a “handful” of countries could be added to the green list – meaning no quarantine would be required on return – but some already on there are at risk of getting bumped off the list.

Which countries will be added to the green list?

The official announcement hasn’t been made, but experts have speculated about countries likely to get the nod.

Malta, Finland, the Canary and Balearic Islands, and Poland.

These could be added to the list of 12 countries on the green list – though those could be under review too.

Portugal‘s green list status is reportedly under review amid an uptick in cases.

Ministers are said to have been discussing whether the country can remain on the list.

Most new infections were reported in and around Lisbon, Reuters reported.

However, a number of countries in Europe, including Greece and Portugal, have said they will welcome British tourists travelling to them for their summer holidays.

When will more countries be added to the green list?

On May 14, the Prime Minister indicated that there would not be significant changes to the green list under the system’s early reviews.

READ  Gozo is the perfect escape all year: From outdoor yoga, to hiking and crystal clear seas

He said: “There’s a very limited list as you know and we will certainly be making sure that people travelling abroad will be subject to all the tests and constraints to prevent the virus being reimported.

“That’s why it’s such a tiny list of countries and I don’t expect we will be adding to it very rapidly.”

However, a few days later the Telegraph reported that the Prime Minister had told the Conservative 1922 Committee that “quite a few” countries were in with a chance of being added to the list in early June.

The lists are decided based on the following criteria: