Greece & Turkey holidays: cheap deals to snap up as TUI reports a rise in 2021 bookings 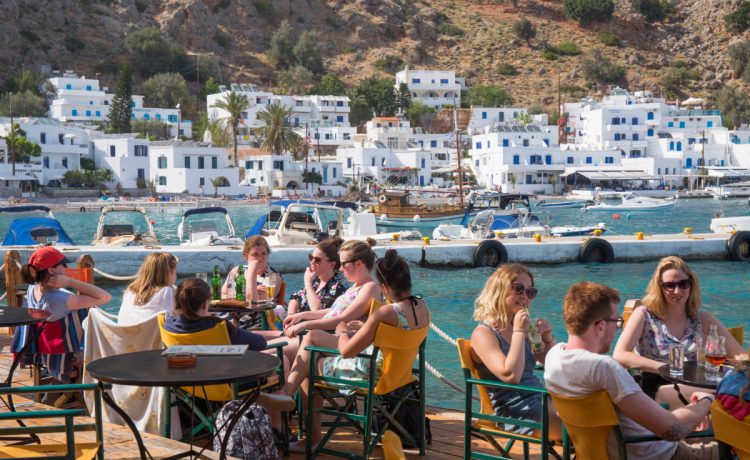 GREECE and Turkey are the two countries where bookings are rising the most for 2021, according to reports from TUI.

Boosted by recent positive travel news, Brits are snapping up holidays in the two destinations, both of which look like reasonably good prospects for foreign travel this year.

While it won’t be until April 12 that Brits discover if they’ll be going on holiday abroad this summer, Greece is looking like a good prospect for a break, as the country announced today that it would be open for tourists by May 14.

Meanwhile, Turkey plans to welcome Brits back by June as it pushes ahead with its vaccine rollout.

Those wanting to travel abroad when restrictions lift can find some great deals to both countries.

This article and featured products have been independently chosen by Sun journalists. It contains links which are ads, and if you click a link and buy a product we will earn revenue.

Some of the best are:

Greece has previously been in talks with UK ministers about welcoming tourists who have been vaccinated to the country this summer – without them having to have negative coronavirus tests.

This would instead require a vaccination passport to prove they have been given both doses of the vaccine.

According to reports in Turkish media, Turkey has also already been in talks with UK ministers regarding foreign travel, and with the news website saying that tourists will likely start flying into the country from June.

Brits will know more about foreign travel on April 12 when the government publishes a travel review.

Currently a lockdown ban on most international travel will remain until at least May 17.

Enjoy the Maldives’ palm-lined beaches for just £14pp a night

For those looking for holiday inspiration, we’ve found cheap all inclusive holidays for this summer and there are many cheap package holidays.

READ  Holidays: Experts reveal top tips for finding a cheap break after lockdown - what is it?

If you fancy staying in the UK, holiday parks are also offering huge bargains – some of which start from £3pp a night.

We’ve also found cheap deals in the warmest parts of the UK, as well as at Britain’s best beaches for dog owners and those with kids.

This article and any featured products have been independently chosen by The Sun journalists. All recommendations within the article are informed by expert editorial opinion. If you click a link and buy a product we may earn revenue: this helps to support The Sun, and in no way affects our recommendations.