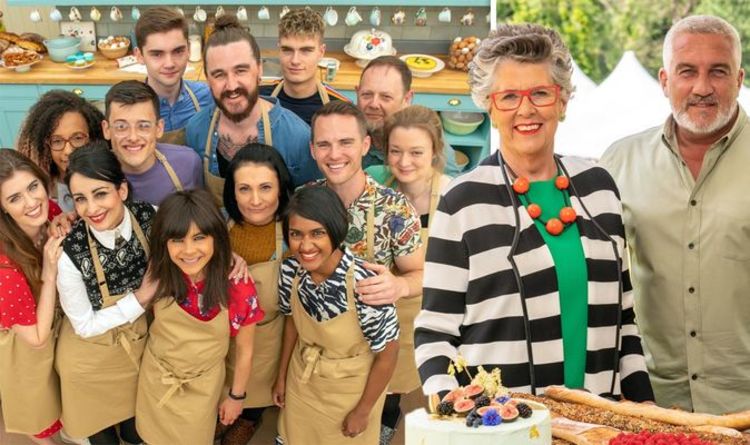 Earlier this month, Channel 4 revealed this year’s Great British Bake Off line-up as the youngest ever as 13 new bakers head into the infamous tent to whip up a treat for judges Paul Hollywood and Prue Leith.

However, fans weren’t too happy about the news as it was revealed the youngest contestant is just 20 with an average age of 31 amongst this year’s bakers.

Love Productions, who make the Channel 4 series, also added they had more young people apply this year than ever before.

The eldest of this year’s bakers is HGV driver Phil, 56, who is passionate about motorbikes while Helena, an online project manager, is aged 40.

There are six contestants in their twenties while it’s been revealed, two contestants were just 10 when the show first began.

Henry, 20, is the youngest contestant this year and spotted Paul when he was filming the second run of the competition.

“I told Paul that I remembered him filming series two,” he revealed.

“So he knew I had come full circle and was now in the tent, and that was pretty special.”

But as the line-up was unveiled, fans of the show slammed the series for advertising the youngest line up as a good thing.

One fan tweeted: “Well done the producers of #GBBO for presenting a group of baking contestants with an average age of just 31 … the oldest a mere 56! You should be really ashamed of this ageist line up … not even one retiree … #GBBO2019.”

Another added: “Why is the “youngest ever” line-up a good thing?”

“What a shame, I loved the diversity of the GBBO. Why would you promote an all young lineup as a good thing? #ageist,” a third continued.

Someone else shared: “Young doesn’t mean better… isn’t this a bit ageist????”

However, there was plenty of support for Bake Off with one tweeting: “It’s nice to see young people taking an interest in baking!”

The signature challenge will task the bakers with making a well-decorated fruitcake.

Finally, the bakers will make the birthday cake of dreams from their childhood.

Who will be the first contestant out of the tent tonight?

Great British Bake Off airs tonight on Channel 4 at 8pm.