Great British Bake Off 2019: Fans furious after Dan is the first to leave the tent 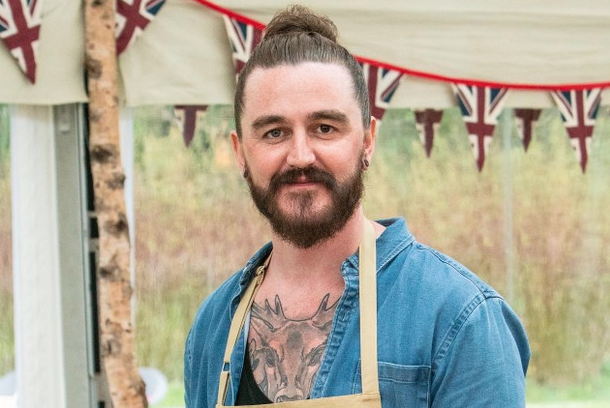 The Great British Bake Off has kicked off its tenth series with a controversy after a baker was allowed to stay in the tent despite forgetting a key ingredient in his cake.

Jamie Finn, 20, forgot to include eggs in one baking challenge and came in last in the technical challenge.

Despite suggestions he might leave, he was put through to the next round, leaving Dan Chambers, 32, as the first contestant to be kicked off the show.

While making his dog-themed cake, Jamie said: “Oh my goodness, I’ve forgotten the eggs. I’ll have to start again. No wonder it’s like mixing concrete.

He later recreated the cake but it failed to impress the judges.

Fans shared their anger on social media – with thousands saying the “wrong decision” had been made.

One said: “I’m so sad about Dan, nobody talk to me” while another said: “I really liked Dan, I can’t believe he’s the first one to go.”

Another viewer added: “WHAT?! No way…Wong person going home there. Not at all impressed with that decision.”

In a letter to fans – published on the Bake Off Twitter account after the episode aired – Dan, a support worker from Rotherham, said: “I cannot thank everyone enough for all the support I have been given.

“I am truly grateful for all the kind words and well-wishes I have received, it really does mean everything.

“I of course would have liked my time in the tent to be longer, but unfortunately [it] didn’t quite go to plan on the day…once again, many, many thanks.”

But several viewers stated their love for Jamie, a waiter from Surrey, and urged him to be “protected from all costs”.

During the episode, aired on Channel 4 this evening, Jamie is seen having to walk off camera to stop him from tearing up after being faced with potentially leaving the competition early.

He said: “Wow, I really messed up. You don’t really know until you’re under pressure what it’s going to be like. I don’t want to get filmed with tears in my eyes. It’s so cringe isn’t it?”

This week saw the contestants make start making a fruit cake and their technical challenge was to make four Angel cake slices with ribboned icing.

The final task was to create their dream birthday cake they would have had as a child.

Star Baker was awarded to Michelle Evans-Fecci, a 35-year-old print shop administrator from Tenby, in Wales.

The Great British Bake Off 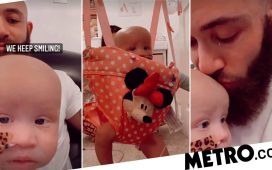