Grant Shapps, the transport secretary, has cast further doubt on whether the government will go ahead with the HS2 rail line by stressing the problem was about capacity rather than speed and making clear he was examining alternatives.

Confirming a final decision would be made in February, Shapps said it was essential to get the facts right before embarking on “maybe the biggest infrastructure project, certainly in Europe, and the biggest this country’s ever taken, certainly in peacetime”.

The project, estimated to cost at least £80bn but possibly as much as £106bn, has been under review since the summer, when Boris Johnson commissioned Douglas Oakervee to look into whether it should proceed.

The report has been ready since before Christmas and is expected to recommend that the rail line goes ahead, with options for cost-cutting such as scrapping the leg from Birmingham to Leeds.

However, Shapps has asked for more data about options.

He told Sky News: “Capacity is the issue. What we are going to have to do is whether it’s HS2 or other means is increase capacity. I’ve got the draft report.

“Now we are actually pulling in the rest of the data to see what are the other alternatives in terms of cost and what capacity it would bring us. We will be making that decision in February along with the prime minister and the chancellor.”

Both supporters and critics are lobbying the prime minister hard over the decision, with a group of anti-HS2 Tory MPs expected to meet him in Downing Street later on Wednesday.

READ  Persimmon launches review in drive to rebuild its image

At least 30 MPs, including the former international development secretary Andrew Mitchell, signed a joint letter on Tuesday night calling on Johnson to deliver the “long overdue” rail line in full, arguing it would be a “key engine for growth that we must not waver from”.

READ  Can I include IHT costs in my compensation claim?

“Abandoning the project would leave the north reliant on aged Victorian infrastructure,” the MPs warn in the letter, which has been seen by the Guardian. They want Johnson to commit not just to HS2 but also Northern Powerhouse Rail (NPR), a new £39bn east-west line linking Liverpool to Hull, which has been designed to connect with HS2 and would use 50 miles of HS2’s track.

A further dozen Conservative MPs have written their own letters to Johnson confirming their support, according to one signatory of the joint letter, which comes a month after 21 anti-HS2 Tory MPs wrote to Johnson to tell him they had formed an “HS2 review group” to oppose the project.

Some of Johnson’s senior advisers are known to be against HS2 and have allegedly been briefing strongly against the project. But one new Tory MP denied that two of the prime minister’s closest aides, Dominic Cummings and Andrew Gilligan, have been trying to turn the new Westminster cohort against HS2.

Under current plans, HS2 is to be built in a “Y” configuration. London will be on the bottom of the Y, Birmingham in the middle, Leeds at the top right and Manchester at the top left. Almost £9bn has been spent on the project so far, with significant land purchases and clearances under way in Birmingham and around Euston in London. Phase one, from London to Birmingham, is said to be “shovel ready”, with the first track set to be laid in spring if Johnson gives it the green light. 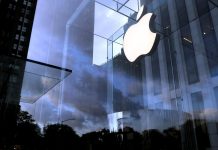 Britain will develop its own regime to control state aid – Frost 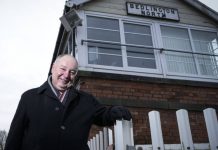 The train still not arriving is already 15 years late

Tell us: how you have been affected by debt?